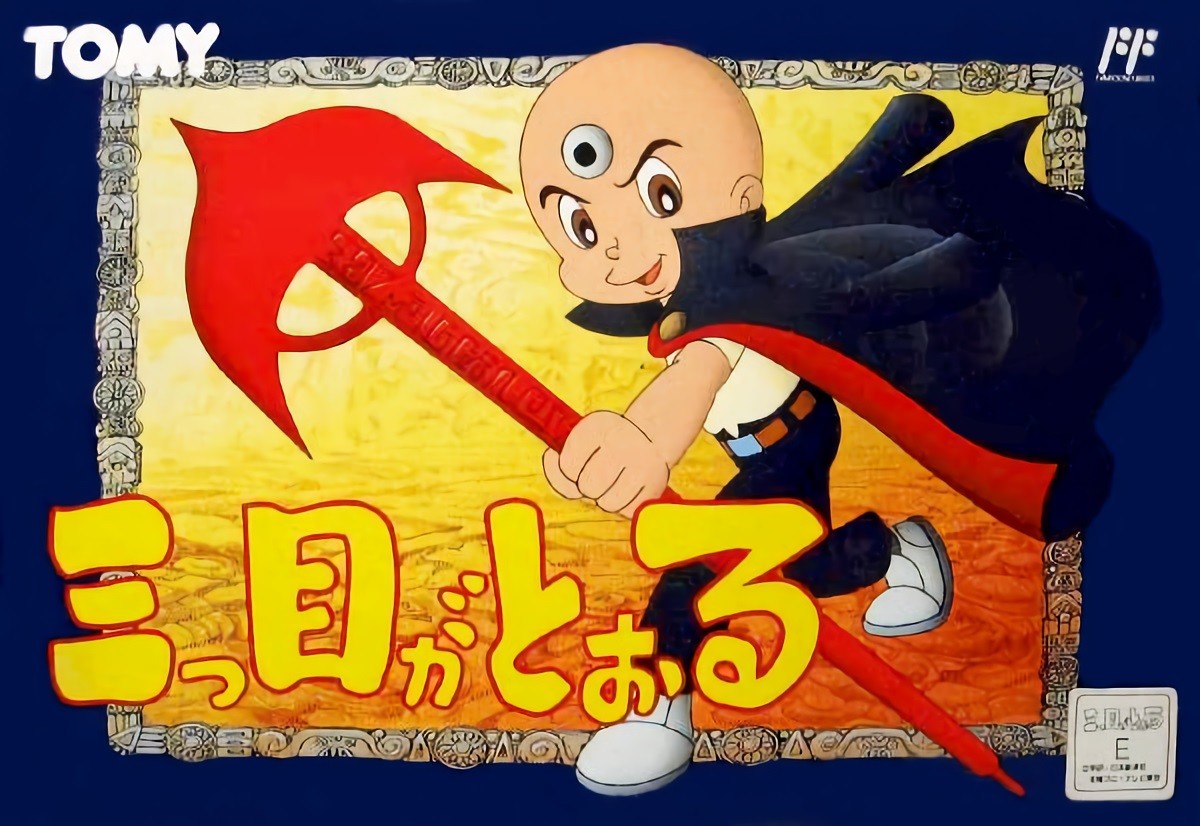 Mitsume ga Tooru (translates to The Three-Eyed One) is based on the manga and anime of the same name. You control Hosuke Sharaku - a boy with a third eye on his forehead and of terrifying power. This power is unleashed when his third eye is open so he is wearing a bandage to seal his power and remove any memories of his true nature.

In the game, another three-eyed man with great powers appears and attacks a city. He also kidnaps Sharakus friend Wato who watches unable to do anything. Sharaku then, with the bandage removed, begins his quest to save Wato from this man.

The character you control can fire shots of energy from his forehead eye to attack the enemies that inhabit the 5 stages of the game. He can also summon the Red Condor  a harpoon that can be used for attacking or reaching higher places. Along the way you will find places where you can buy extra lives, different weapons and an improved version of the Red Condor. Money can be gained from defeating enemies or by shooting invisible chickens that can be found in certain levels. You can also increase the value of a coin that is left behind by an enemy if you shoot it multiple times.