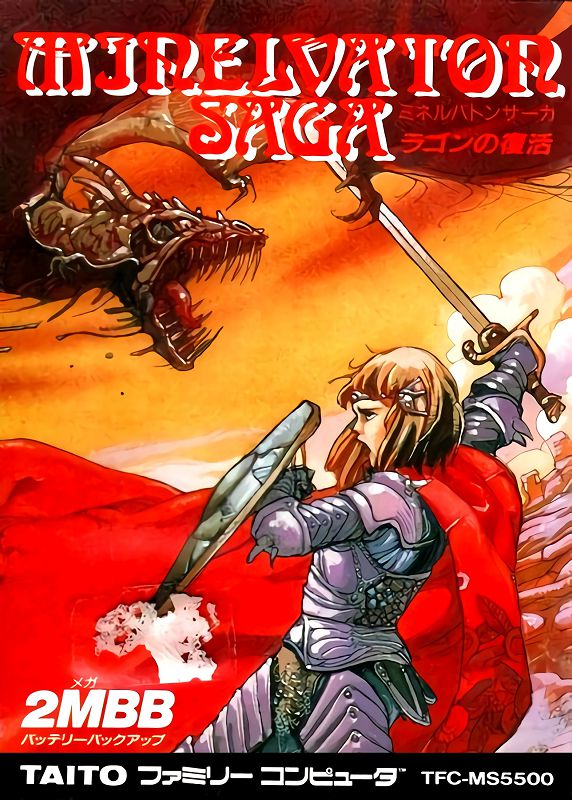 By TompouceGabriel : August 23, 2019
The Minelvaton Saga, by Random House, is an 8-bit JRPG that borrows liberally from Dragon Quest and Hydlide, which had been the two most influential RPGs for the Famicom at the time.

From Dragon Quest there is a hero in blue armor striking out into the world to fight the forces of evil and reclaim his birthright. From Hydlide there is the real-time combat, which requires that the player character attacks monsters by running into them from an angle in order for the hero's weapon to hit.

Minelvaton Saga is the spiritual predecessor to the two Silva Saga games for the Family Computer and Super Famicom. It was never released outside of Japan, but did eventually receive an unofficial fan translation.