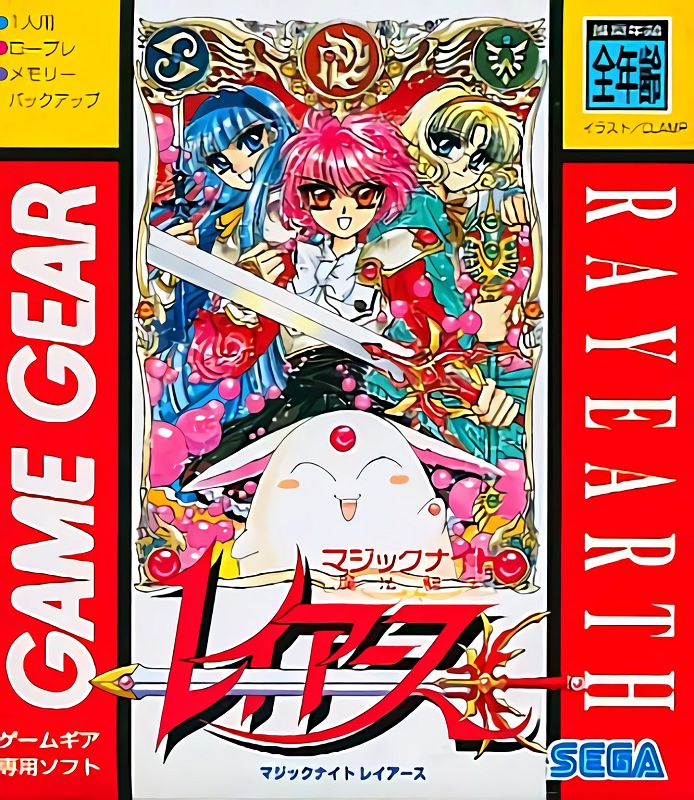 By TompouceGabriel : September 2, 2019
Magic Knight Rayearth is based on the manga series of the same name, in which three Japanese schoolgirls find themselves in the magical land of Cephiro, where, as the Magic Knights of legend, they are tasked with rescuing the princess Emauraude from the evil Zagato.

The game tells a side story set near the beginning of the girls' adventure. Their guide and companion, the rabbit-like creature Mokona, has disappeared into the Spirit Forest, and the three must venture out to find him. This quest is presented as a Japanese-style RPG, but with several unique elements.

Unlike in many games of the genre, there is no main world map filled with towns and dungeons. The game world consists of a number of small interconnected areas instead. Scattered around the world are buildings like inns where the group can rest and the game can be saved, and shops where items can be bought. Other buildings contain characters that can give hints and advice regarding the quest.

The main part of the game consists of random battles, done to level up and win gems that are used as currency. There are some similarities to the ATB system known from Final Fantasy IV and its sequels in that while actions are selected from a menu as in a standard turn-based game, the action continues during menu selection and characters need some time to recharge before they can act again. The major interface element during battles is a spinning slot-machine-like reel at the bottom of the screen that includes images of the three protagonists. The spinning speed can be lowered or raised at the push of a button. While a girl's full body is in view, she is in recharging mode. Only when the view zooms in on her portrait she can be selected for action by stopping the reel while her portrait is in the center. This then allows her to select from standard 'attack', 'magic', 'item' and 'flee' commands. Sometimes, random effects (sent by Mokona) will pop up instead of a girl being selected. These include health restoration, automatic flight, putting the enemy to sleep or even an instant kill. There are also negative effects, though, like the draining of a character's health.