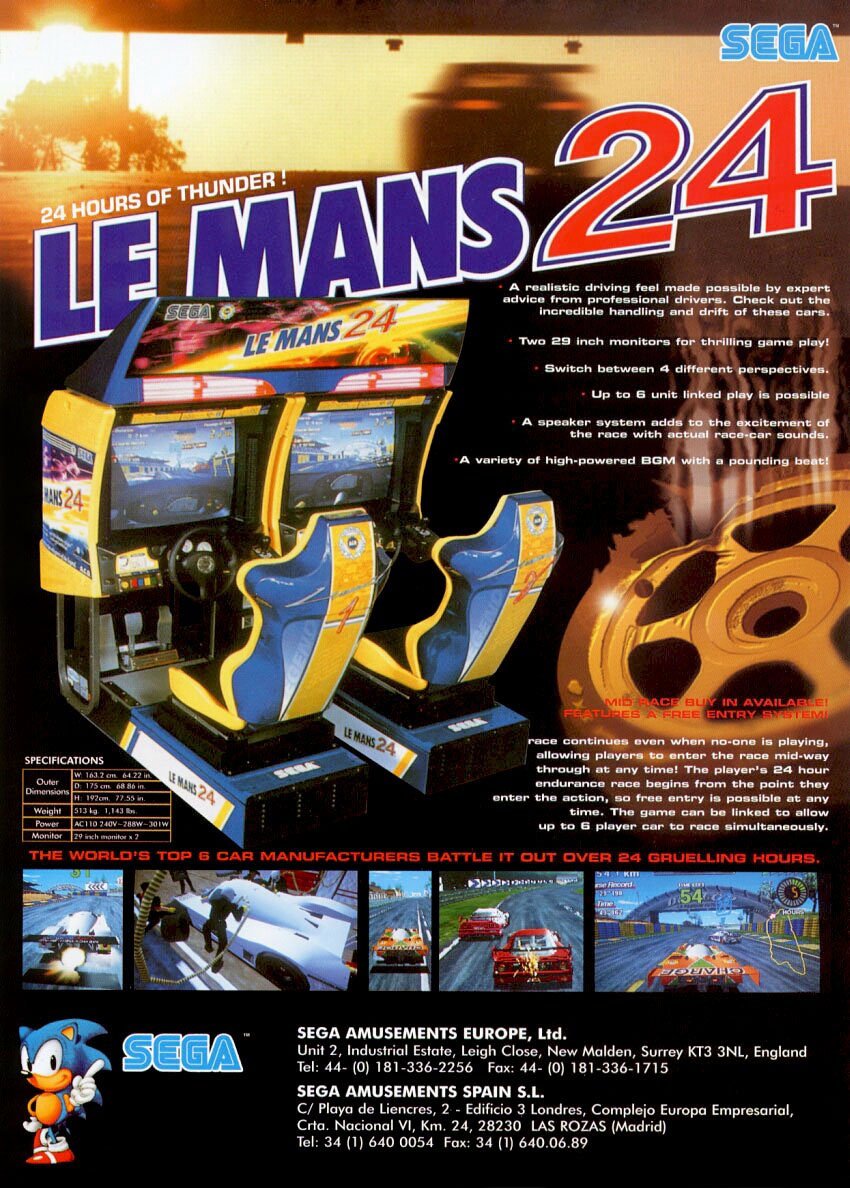 Le Mans 24 is an arcade game by Sega produced in 1997 and is based on the Sega Model 3 Step 1.5 arcade system board. The game is based on the race of the same name with some of its cars from the 1996 race, including ones that appeared in Scud Race. It was licensed by its organisers, Automobile Club de l'Ouest. Only GT1 and Group C cars make appearances in the game with the JWA Gulf Porsche 917 (a Group 5 racer, under the pre-1972 rule amendment) appearing as a bonus car which is an opponent fought at the end of the race, and can be played with a cheat code. Sonic the Hedgehog makes a cameo as a secret racer, unlocked by entering a cheat code.

Sonic :
To unlock this car, highlight the Nismo R33 at the car selection screen. While turning the wheel to the left and pressing the brake, hold down the start and V.R. 1+3 buttons, then step on the gas.