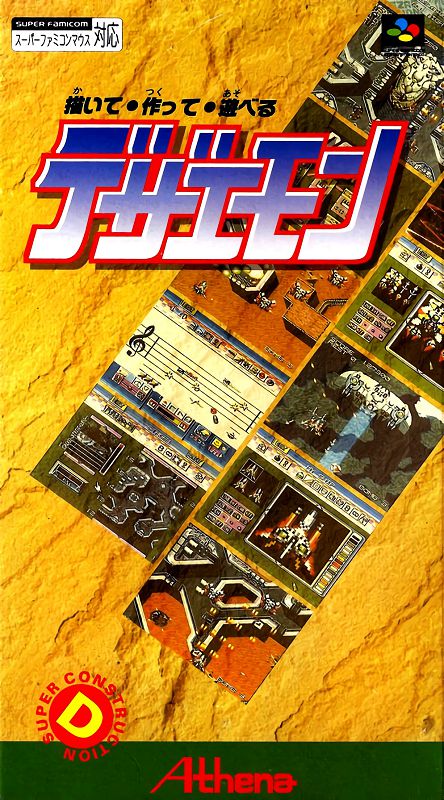 Dezaemon (also known from the box art as Kaite・Tsukutte・Asoberu: Dezaemon, which loosely translates to "Draw, Make, Play: Dezaemon") is a 2D vertical-scrolling shoot-'em-up construction kit developed and published by Athena for the Super Famicom exclusively in Japan on September 20, 1994.

The sequel to the original 1991 Famicom game of the same name, Dezaemon overhauls all functionality to better support the SFC's 16-bit architecture. It also includes a fully-featured sample game, titled Daioh Gale (a traditional sci-fi shoot-'em-up and the spiritual sequel of the developer's 1993 arcade game Daioh), which can be used as a starting point for custom games.

Similar to its predecessor, this game allows players to design nearly everything needed for an arcade-style shoot-'em-up, including graphics, music, enemy patterns, and level structure. The SNES Mouse is also supported for the game editor. It is widely believed that some custom games using Dezaemon were released on the Satellaview peripheral.

Thanks to the Aeon Genesis Team and mwksoul for this translation.