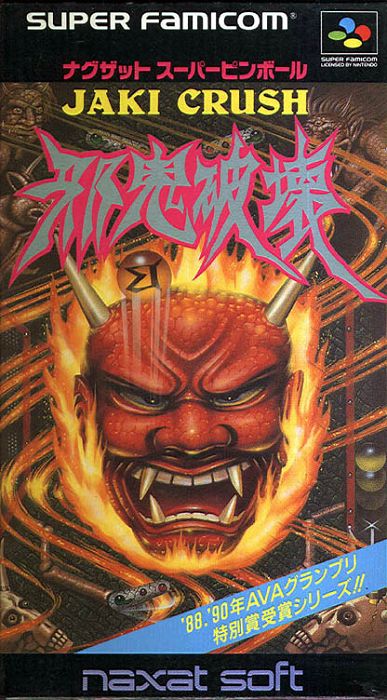 Jaki Crush is the third game in the Crush Pinball series, with a distinct demon and a horror theme. It is also the only title in the pinball series not released outside of Japan. It is based around the theme of a Jaki, a Japanese type of mythological demon and it contains a single table divided in three levels with six flippers. It can be played with two players (taking turns) and contains an option to alter the ball speed. There is a large amount of moving and stationary targets, and creatures that can be destroyed. There are six bonus stages that are accessed by shooting into a demon's mouth when it is open.