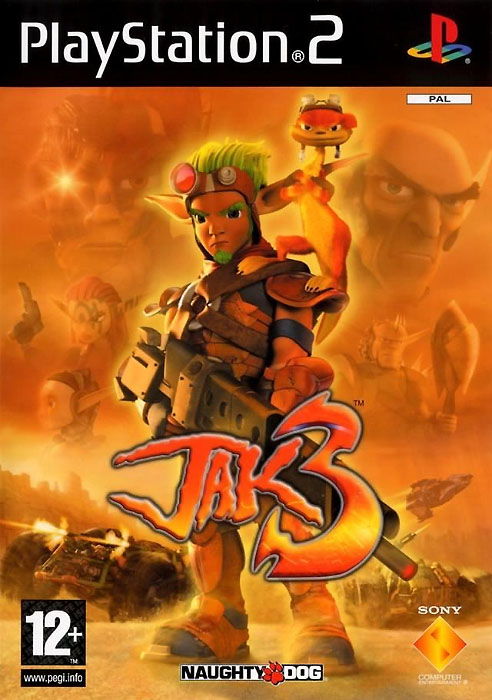 Jak 3 is a 3D action platform game and sequel to Jak II. One year has passed since Jak and Daxter saved Haven City from Kor and the attacking Metal Heads, yet Haven City is still immersed in deadly chaos as three groups fight for control of the streets. The people of Haven City have grown to distrust Jak's dark powers, and as rumors boil of Jak's ties with Krew and Kor, the city blames Jak for its current woeful circumstances. When the palace is destroyed by a surprise Metal Head attack, even Ashelin cannot protect Jak as the High Council's power broker, Count Veger, forces Jak into banishment to the desolate Wasteland. Jak is flown to the harsh island and dumped. With Daxter and Pecker bravely by his side, the three begin their next adventure where the battle for the city has just begun.

Gameplay includes platforming, vehicle racing, rescue missions, hover boarding, playing mini games and shooting at various enemies (including boss fights). Weapons including the shotgun, sniper rifle, machine gun and a powerful blast weapon from the previous game as well as two upgrades for each weapon. The upgrades become available after making progress in the game and at the end the player can freely switch between these twelve weapons.