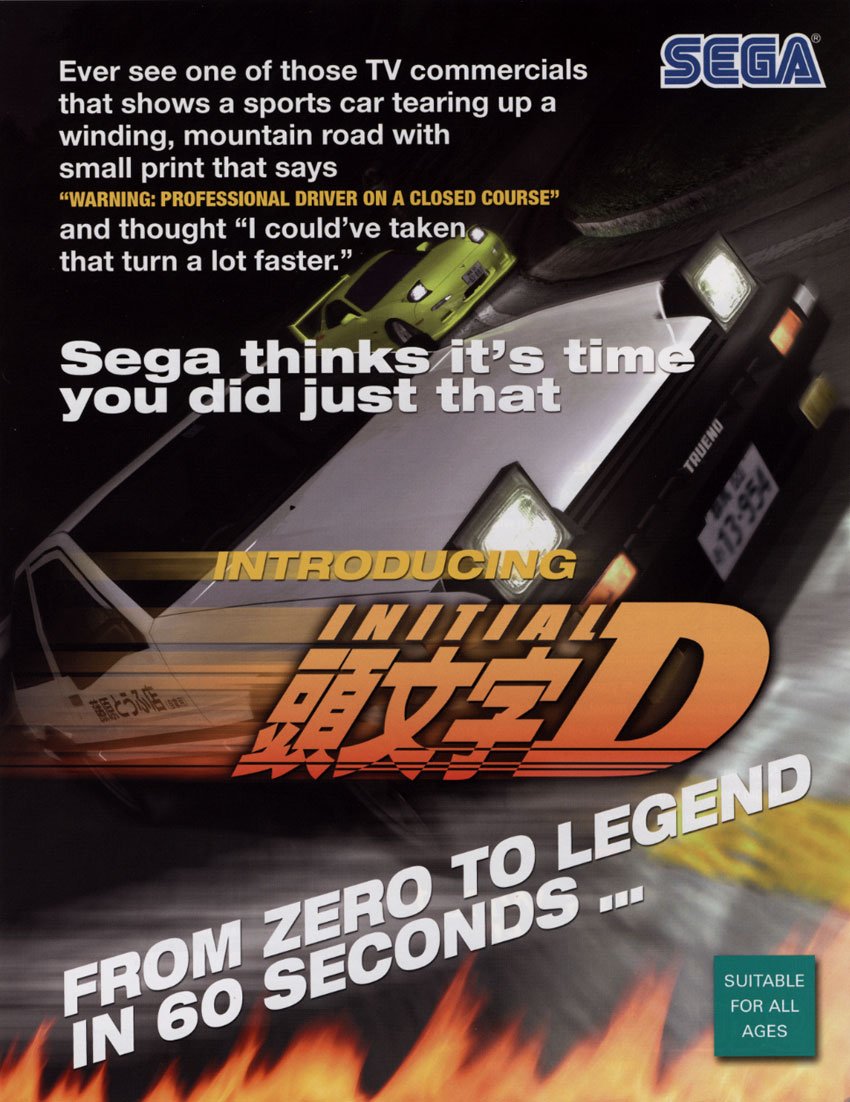 By GambierBae : March 14
Initial D is the first game in what would become a line of SEGA titles licensing the Initial D manga and anime series. Players race opponents through a choice of four mountain passes featured in the manga series. The various cars are modeled after cars belonging to Japanese brands such as Nissan and Honda.

The arcade cabinet is designed to be reminiscent of the Toyota AE86 driven by series protagonist Takumi Fujiwara, including minor details such as the Fujiwara Tofu Shop logo (although it was deemed impossible to attach a cup holder). The game is controlled with a steering wheel and shift stick. Three play modes are available: Legend of the Streets, Time Attack and Online Battle.

While it does feature original music, all songs that can be heard mid-race are eurobeat songs that appeared in the anime series. By pressing a Change View button during selection (Legend of the Streets = When a rival is selected / Time Attack = When selecting a course / Cannot be done during Online Battle), a song of the player's choice will be played mid-race. This method also allows for no music to play during the race, or for the song DON'T STOP THE MUSIC by LOU GRANT, which cannot otherwise be heard within the game.