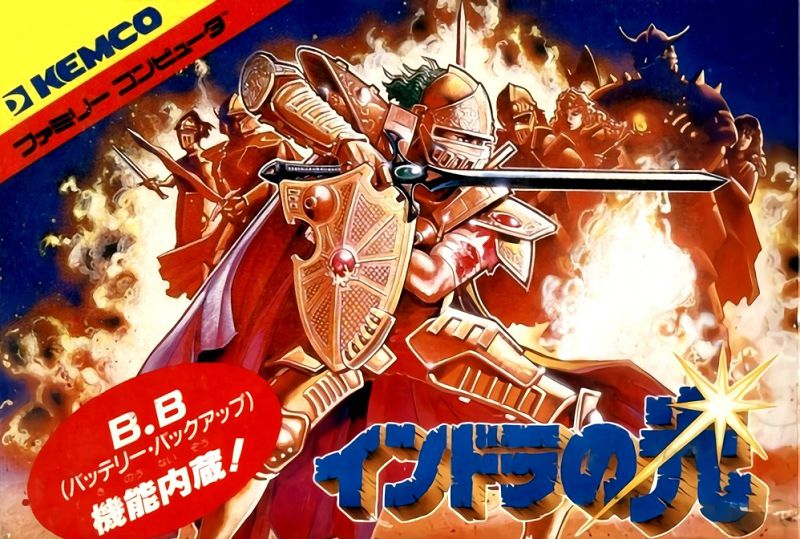 Indora no Hikari ("Light of Indora") is a fantasy RPG in the Dragon Quest mold. The helmed adventurer and the turn-based battles with little enemy portraits are specifically evocative of Enix's classic. Instead of a scrolling world map, however, Indora no Hikari's world is a bit more like the Legend of Zelda: Comprised of a series of tiles that the player can visit by leaving the edge of one screen and appearing on the opposite edge of the next.

Similar to how many 8-bit RPGs operate, the goal of the game is to fight randomly encountered monsters (though these monsters are visible on the map as red bouncing blobs), build XP to level up, use found gold to purchase new equipment and healing items and eventually build a party of multiple characters and go fight the terrible demon that has taken the eponymous Light of Indora hostage.

According to the plot of the game, the world of Indora is a far-off planet that humanity traveled to once the Earth's resources had run out.

Thanks to KingMike's Translations Team for this translation.