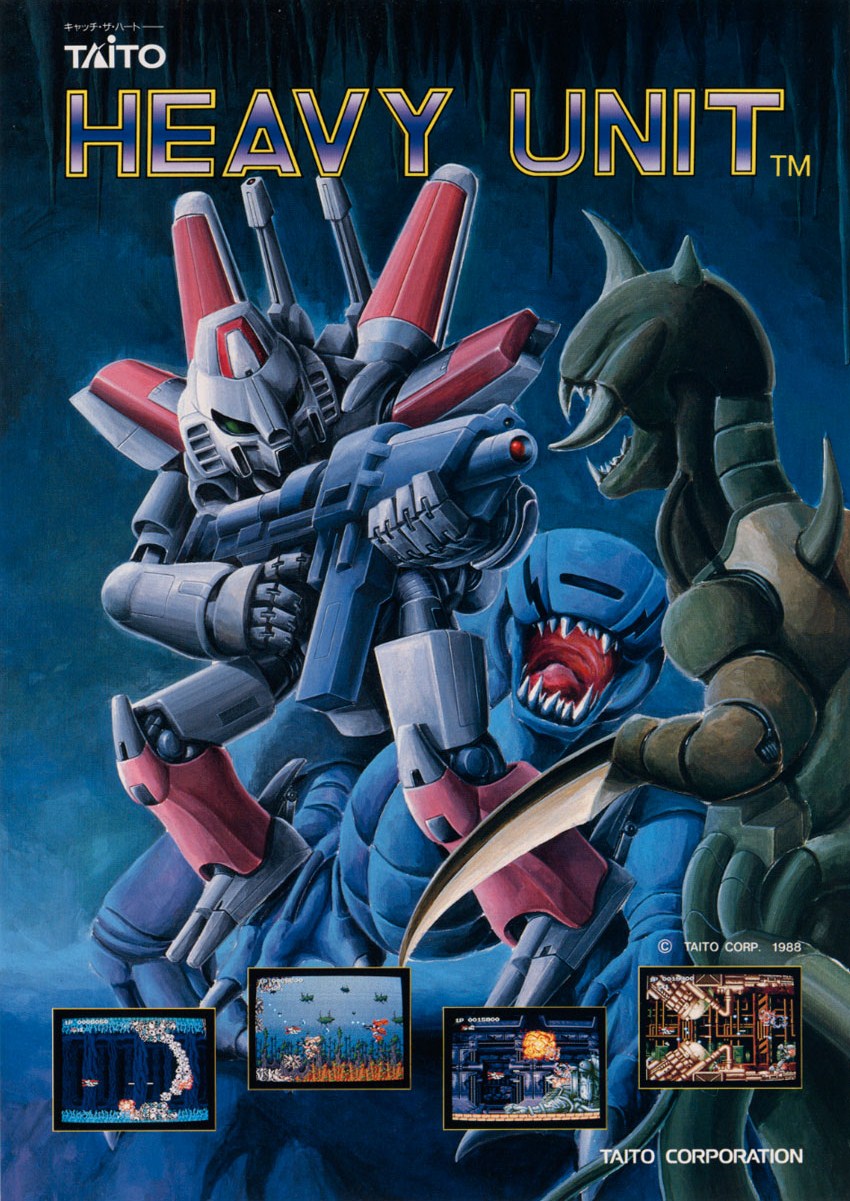 The human colony "Le Tau" is under attack by some strange aliens. It is the player's job to use a special starship and destroy everything which moves. Heavy Unit is a typical side-scrolling shooter with six levels filled with enemies, mid and end bosses.

Destroyed enemies may leave behind items which have beneficial effects when collected: increased speed, better weapon power, a shield, extra lives or transformation into a robot. The robot has a more powerful weapons system (laser beam and homing energy balls instead of a vulcan gun), but also a downside: its large size makes it easier to be hit by enemies or crash into the environment. If that happens, a life and all collected upgrades are lost and the ship is reset at the last checkpoint.

While the level layouts are identical in all versions, there are some minor differences in enemy placement, graphics (e.g. the Genesis version has more colours and bigger enemies) and sound.