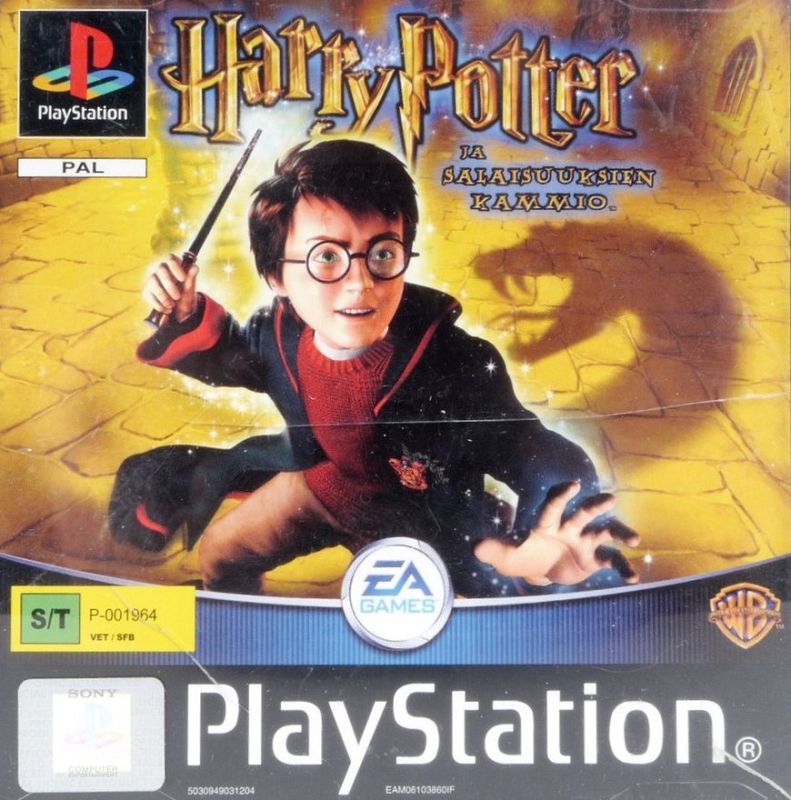 By Nanoman : February 20, 2018
Harry Potter and the Chamber of Secrets continues the PlayStation adventures of the bespectacled boy wizard as he returns to Hogwarts to begin a second year of studies. Things do not go smoothly, however, as the game closely follows the events found in J.K. Rowling's second book in the international best-selling fantasy series. Harry Potter and friends Hermione and Ron must investigate a terrible danger: students are mysteriously turning to stone.

Developed by Argonaut Software, this PlayStation version offers a completely different experience than the games on other platforms. Play begins at Ron's home at the Burrow, where Harry can practice his magic skills in a number of tasks designed to help the Weasley homestead.

Activities include leading a Puffskein to bushes, catching pipes thrown by a ghoul in the attic, searching the gardens for Ron's sister Ginny, and using the Wingardium Leviosa spell to lift heavy objects. Harry casts context-specific spells using the X button, the power of which depends on how long the button is held. Items Harry can interact with are highlighted with a swirl, letting players know where he can use his wand.

During his journey, Harry will use Floo powder to travel between chimneys, where players can control the wizard down a twisting course made of brick. The Ford Anglia also makes an appearance as players steer the flying car as the Hogwarts Express chases them from behind. Players will find themselves in a battle with the Whomping Willow before finally gaining entrance into Hogwarts.

Once at school, players can enter Wizard Duels, one-on-one fights with magic wands and power-ups, train and compete in Quidditch matches, earn points for the Gryffindor House by completing tasks, brush up on Herbology lessons, race to make Defense Against the Dark Arts classes, and search for the 24 Famous Wizards and Witches Cards. Collecting all cards will unlock special Wizard Duels with some of the greatest champions Hogwarts has ever seen.