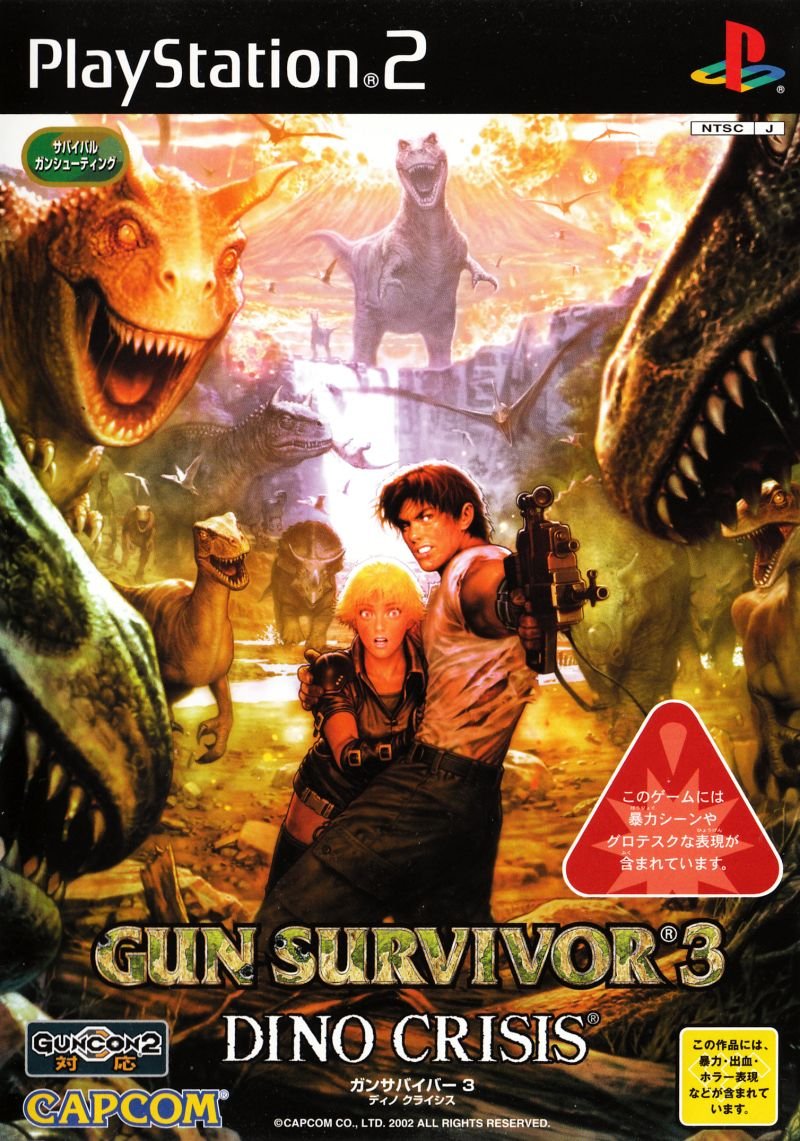 By GambierBae : September 22
Dino Stalker is a lightgun game based on the Dino Crisis series. It is similar in concept to Resident Evil: Survivor in that your character is free to move around the environment rather than being on rails as in most lightgun games. Players can also play it as a first-person shooter using the standard DualShock 2 controller.

You play a WWII fighter pilot who is teleported out of his plane to a land full of dinosaurs where he must fight to survive and to rescue a young woman. A variety of weapons can be used in the game but the player can only carry one weapon at a time. When the game is completed a two-player mode is unlocked.