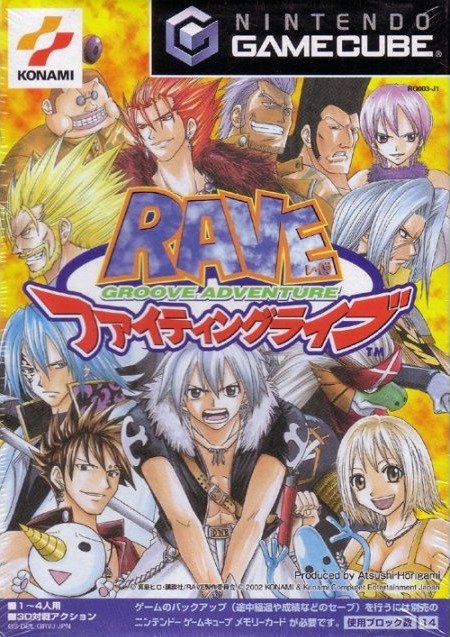 By LermiteRaijin : October 9
In this world, there exist two kinds of stones which hold great powers: Shadow Stones, which hold powers of darkness, and Rave Stones, which hold powers of hope. 50 years ago, a great battle took place which destroyed a great portion of the planet and scattered the stones all over the globe. Now, a group of youngsters are searching for the Rave Stones, but of course, things are never as easy as they might seem...

Based on the manga and anime series created by Hiro Mashima, Rave Master is an action fighting game not unlike Power Stone or Poy Poy. Up to four players fight in an enclosed arena using various attacks and abilities. During battles, weapons will appear which can be picked up and used. Items called Rave Stones and Shadow Stones also appear, which will grant special abilities to the player who picks them up. Twelve characters from the anime and manga are available to play as.

There are several modes of play, including story mode, where you choose one of five characters and play through their story; VS mode, where up to four players fight with various kinds of rules; and free mode, where the goal is to survive through a series of stages