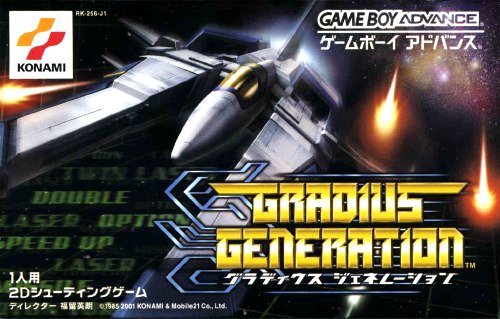 Gradius Generation side-scrolling action hearkens back to the early days of arcade shoot-'em-ups  wave after wave of enemies hound you through 8 all new stages, and colossal end bosses fill the screen with a constellation of heavy fire. Strap yourself in tight behind the controls of the Vic Viper, a fast and deadly attack ship. Choose the configuration of weapons, including twin cannons, photon missiles, and beam lasers, and enhance those weapons during gameplay by grabbing power-ups.