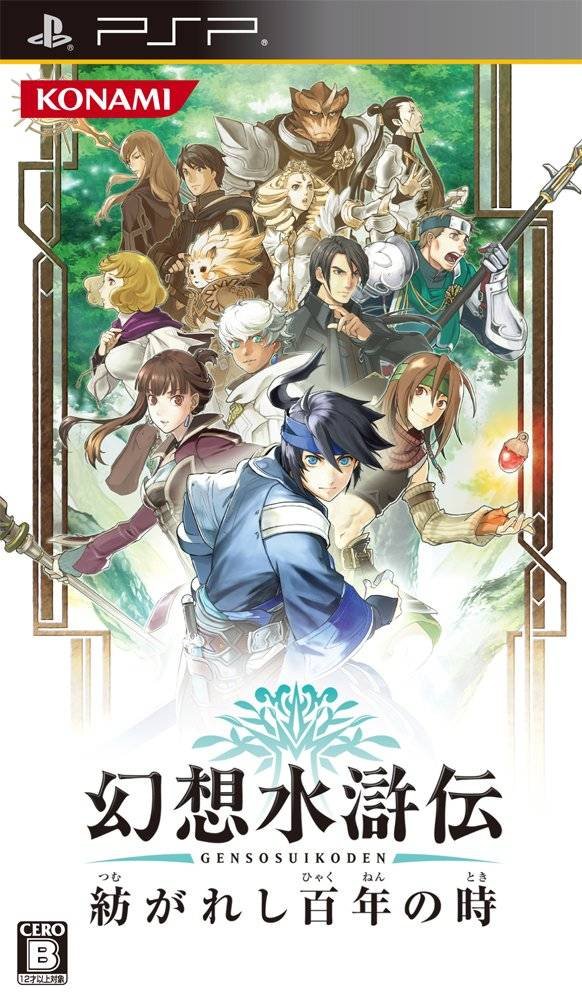 Genso Suikoden: Tsumugareshi Hyakunen no Toki is a traditional console role-playing video game featuring three-dimensional characters and environments. To progress through the game, players must travel through various environments, interact with non-player characters and battle enemies to advance the story. Players take control of a party of up to six characters out of a possible 108, which are recruited from one of three time periods of the game's world: the present, 100 years ago, and 200 years ago. Each character is classified as one of eight combat job classes: Medicine User, Bard, Ninja, Martial Artist, Archer, Spearman, Wizard, and Swordsman, or a craftsman class such as Blacksmith, Magic Stone Craftsman, or Cook, each with their own distinct abilities and statistics. Characters may take on new sub-jobs by altering their equipment. By using the "Skill Transmission System", characters from the past may teach others of the same job class new abilities which have been "lost in time".

Thanks to Twisted Phoenix Game Translation for this english translation.