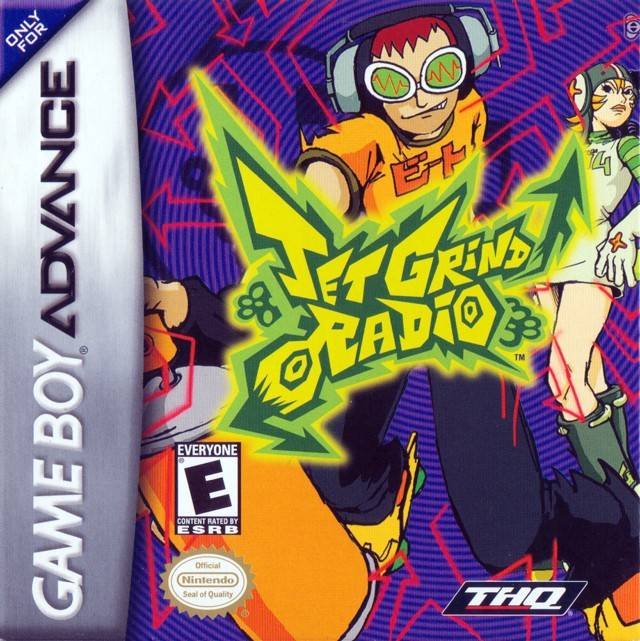 By Luigeek : July 8, 2021
In a country with a totalitarian government where all forms of expression are censored, there are only two resistances to this oppression: the gangs, who wage a permanent territorial war, and Jet Grind Radio, a pirate radio station that broadcasts illegal programs with a strong preference for hip-hop. It is this same radio, and more precisely its author Professor K, who will inform you at each stage of the game of the inter-gang fights.

A GBA adaptation of one of the Dreamcast hits. In command of a gang, you go around Tokyo-to on rollerblades to mark your territory. Besides the aggressive competition from other gangs, the police and the army will not hesitate to fire to preserve the city walls. The tags, more or less large, are executed after a series of manipulations on the directional cross. The music, one of the main assets of the Dreamcast version, has been kept for a rather good rendering. We also note the addition of some new modes (multiplayer, points race, duel).