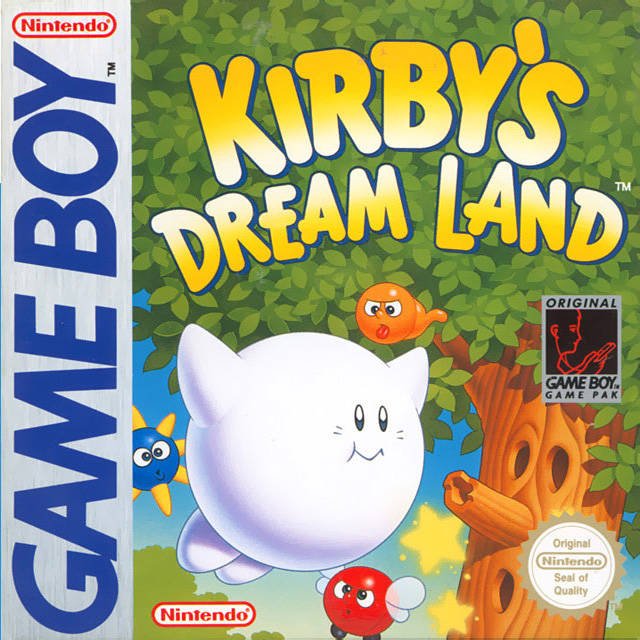 Dedede, King of Dream Land, is a penguin-like creature who is too gluttonous for his own good. Gathering food for his midnight feast, he got carried away and ended up taking all the food from the inhabitants of his country. One of them, a pink little guy named Kirby, decides to travel all the way to King Dedede's palace and retrieve the lost food by any means.

Kirby's Dream Land is a side-scrolling platform action game, and the first in the Kirby series. Although the protagonist appears to be a weak little marshmallow, he is actually quite powerful: he has the ability to suck up his enemies like a vacuum, and then shoot them out at other enemies. Kirby can also swallow air and inflate himself, which allows him to fly. There are four levels in the game; no save feature is available.