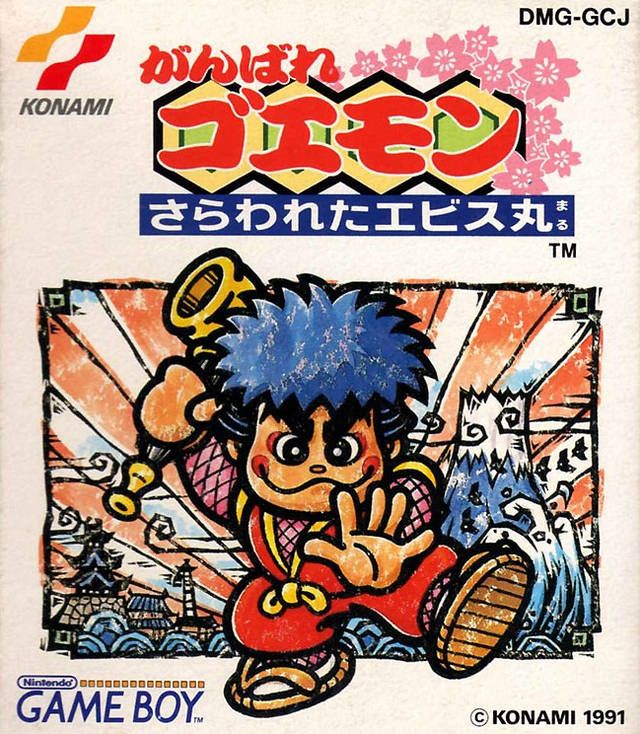 By Perichor : September 1, 2016
The first Goemon for the Game Boy is just like the Famicom games. The levels are a little more straightforward, and you no longer need to worry about finding passes - instead, you do little subquests for other characters. As a result, it's much more involving and less tedious than the Famicom titles. The gameplay makes the transition to the Game Boy perfectly, with large, detailed sprites that actually look better than the original. The story is simple - Ebisumaru has been kidnapped by Yagyu Jubei, and Goemon must go save him.