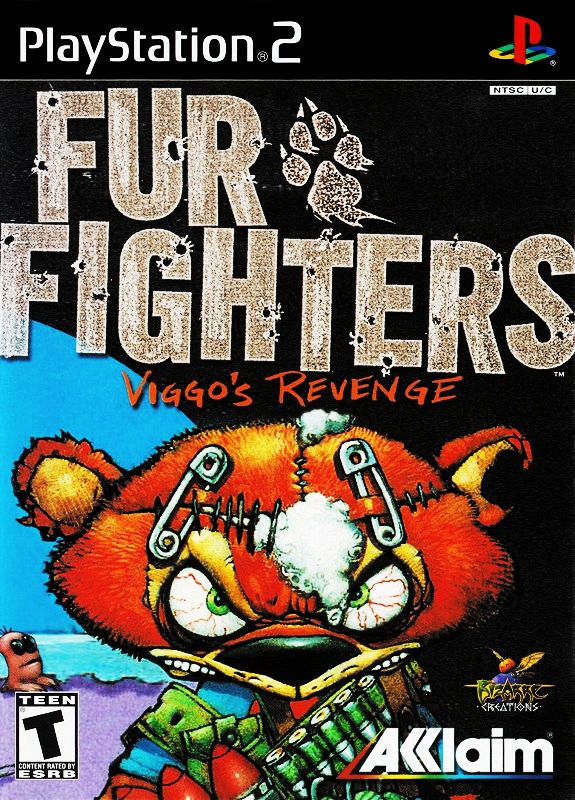 By BigBoss95 : December 13, 2018
A group of baby stuffed animals are kidnapped from their families by the Stupid Bears (an evil gang of stuffed teddy bears, of all things!), and it is up to the Fur Fighters to save the young ones.

The group that you control ranges from Kangaroos and Penguins to Cats and Dogs, all with their unique abilities and styles of fighting, which you must use to not only defeat the Stupid Bears, but complete puzzles and specific objectives along the way. You can control only one character at a time, but there are teleport areas so that you can change your character to one that can complete the tasks at hand.

Fur Fighters: Viggo's Revenge is a videogame for the PlayStation 2. Despite the title indicating that it may be a new game or sequel to the original Fur Fighters, it is actually an update to the original game, including voice acting, cel shaded graphics, additional puzzles and much more.