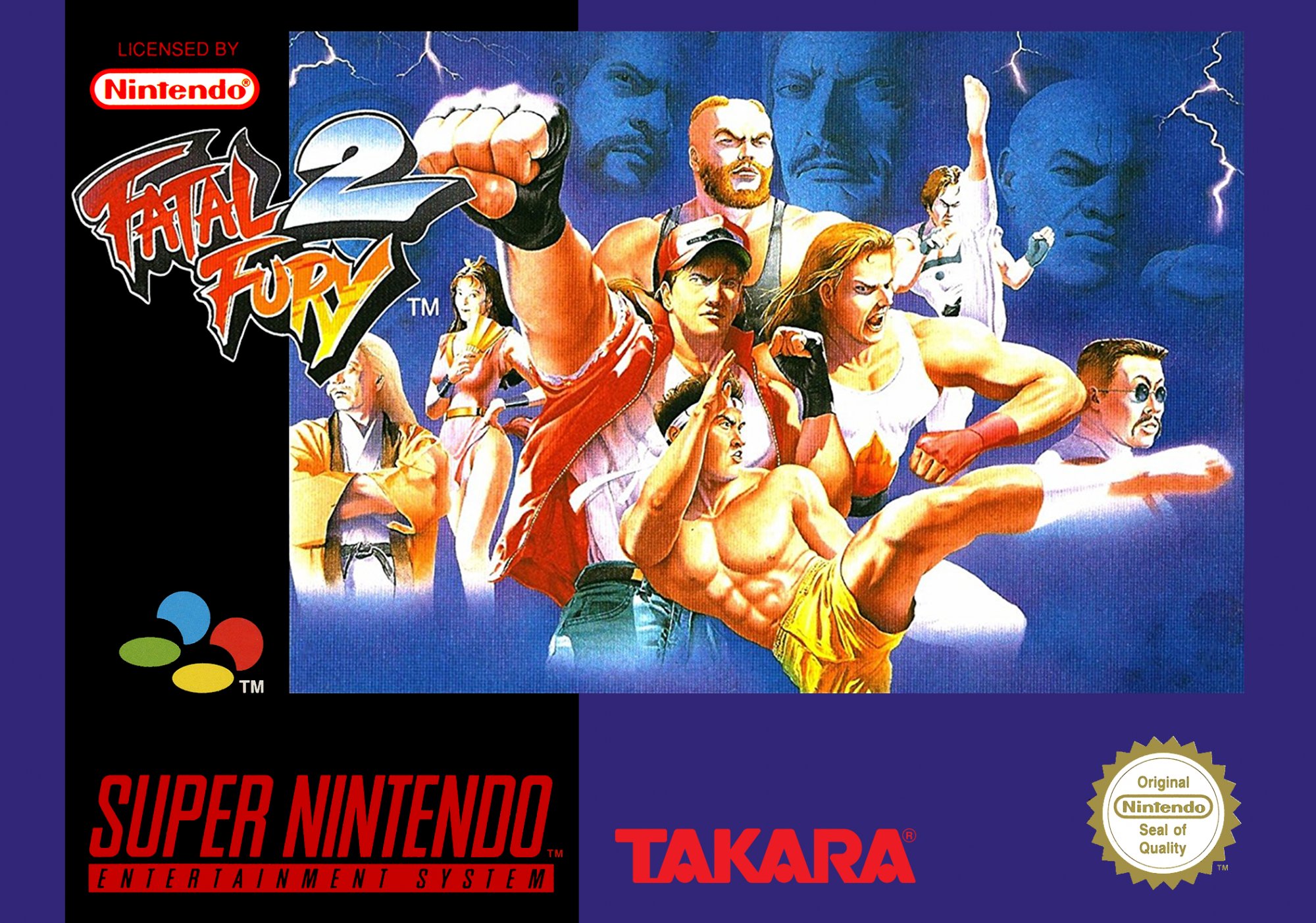 It's time for 20 megs of non-stop action, with another super-hot arcade game for your Super Nintendo. Rejoin the brothers Andy and Terry Bogard, with their friend Joe Higashi as they discover that FATAL FURY was just a warm up! Now they must face the meanest, most dangerous fighters ever assembled!

Choose from among 8 fierce opponents: from Big Bear - the savage unmasked wrestler to Mai Shiranui-the female beauty with mystical arts of the Ninja. Battle through Thailand, Spain, Australia and many other locations. Feature packed, and filled with all the hard-hitting action you'd expect from Takara's Fighting Series. Unique 3D movements enable you to move and fight both in foreground and background - in way NO other street fighting game can. This game rocks with huge, blazing arcade style graphics and faster animation that ever before! The question is - are you up to a new challenge?