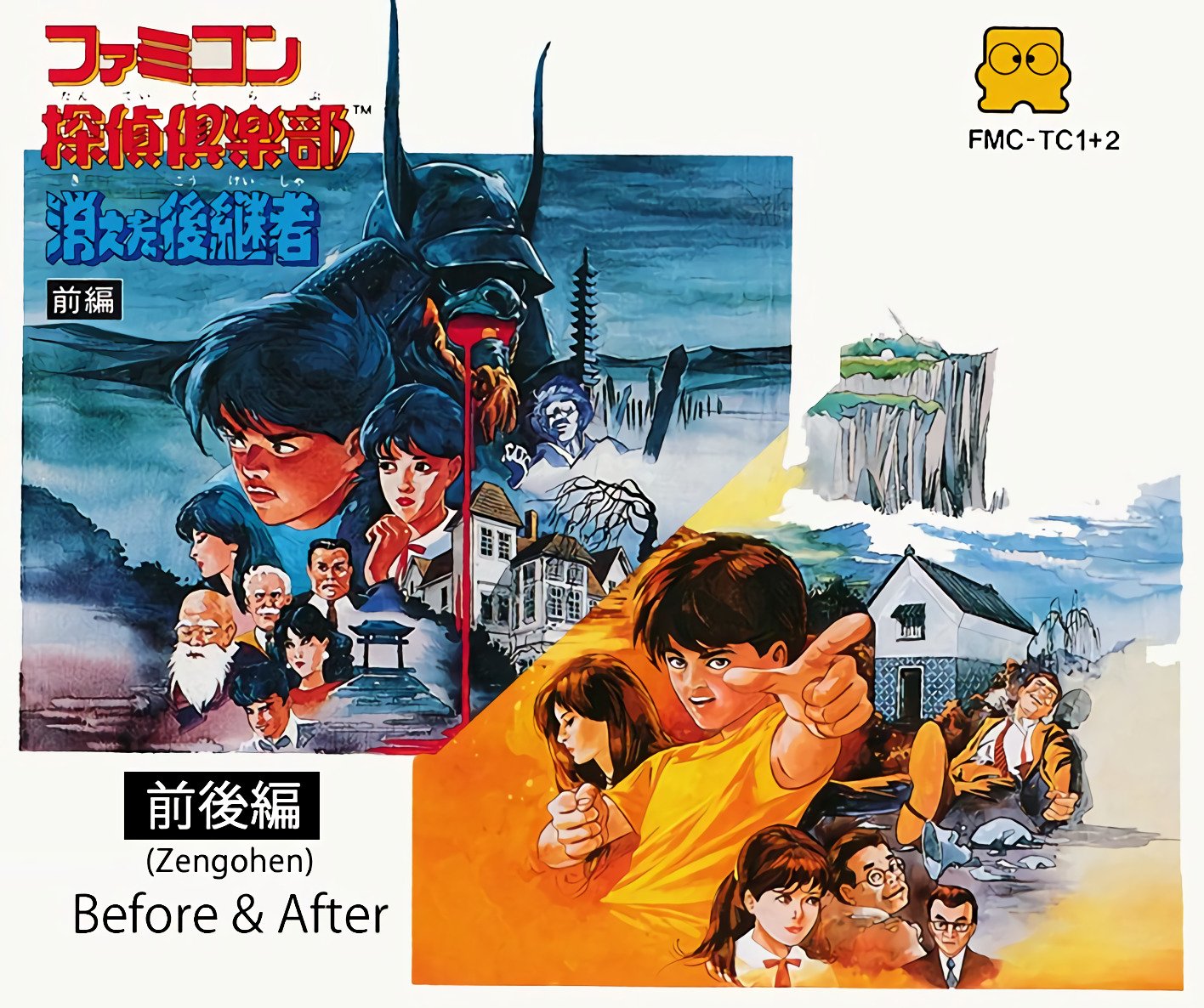 By GambierBae : December 19, 2020
Famicom Tantei Club: Kieta Kōkeisha is a text adventure game. The protagonist is found on the ground near a cliff by a man named Amachi. The protagonist can't remember anything, and finds that he has amnesia. After some rest, he returns to the cliff and meets a young girl, who informs him that he is an assistant detective investigating the death of someone named Kiku Ayashiro. He heads over to the Ayashiro estate, learning that in the village there is a saying that the dead will come back to anyone who attempts to steal the Ayashiro family's fortune. As he keeps investigating, he learns that there may be a connection between this legend and the serial killings in the village.

The game has a horror movie-like atmosphere. Actions are controlled by selecting text commands like interrogate, examine, or move. The Famicom Disk System version comes on two disks released on different dates. All later releases have both parts in one release.

This single FDS ROM file contains both the Zepen and Kouhen disks.