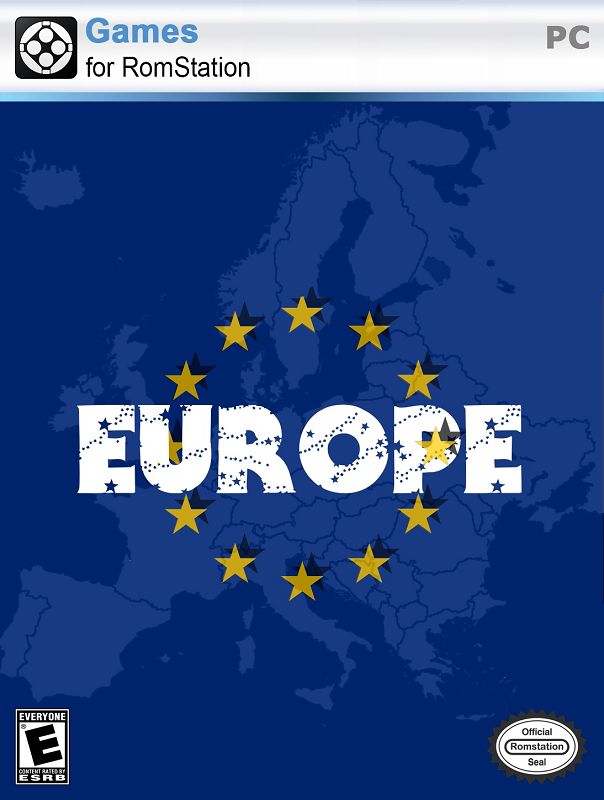 One of the most curious promotional games ever made, Off To Europe was developed by the Foreign Affairs Office in Bonn, Germany, and released as freeware in 1992 to promote the European Union (EU) and the proposed common currency-- then called the ECU. The goal is simple: with 600 ECUs to start with, you must choose your starting point in Europe, then travel from capital to capital until either your money run out or you visit all EU members. Up to 6 players can play, although if you play solo there is no computer opponents to speak of. Travel in the game costs money, but you can gain more funds by playing the mini-arcade games in each country. These games are very typical (e.g. mazes), and add very little value to the game's promotional goal. They are therefore most likely here only as a fodder-- to make the game last a bit longer. After you win an arcade game, you must answer six trivia questions about the country you are currently in. This is where Off To Europe gets interesting-- the trivia questions are in-depth, and go beyond mere geographical questions to educate gamers about each country's political system, culture, and more.

All in all, Off To Europe is one of the better promotional (and free) games for PC, and its design goal (i.e. promoting the (now completed) creation of the ECU) makes it one of the most unique. Worth a try!