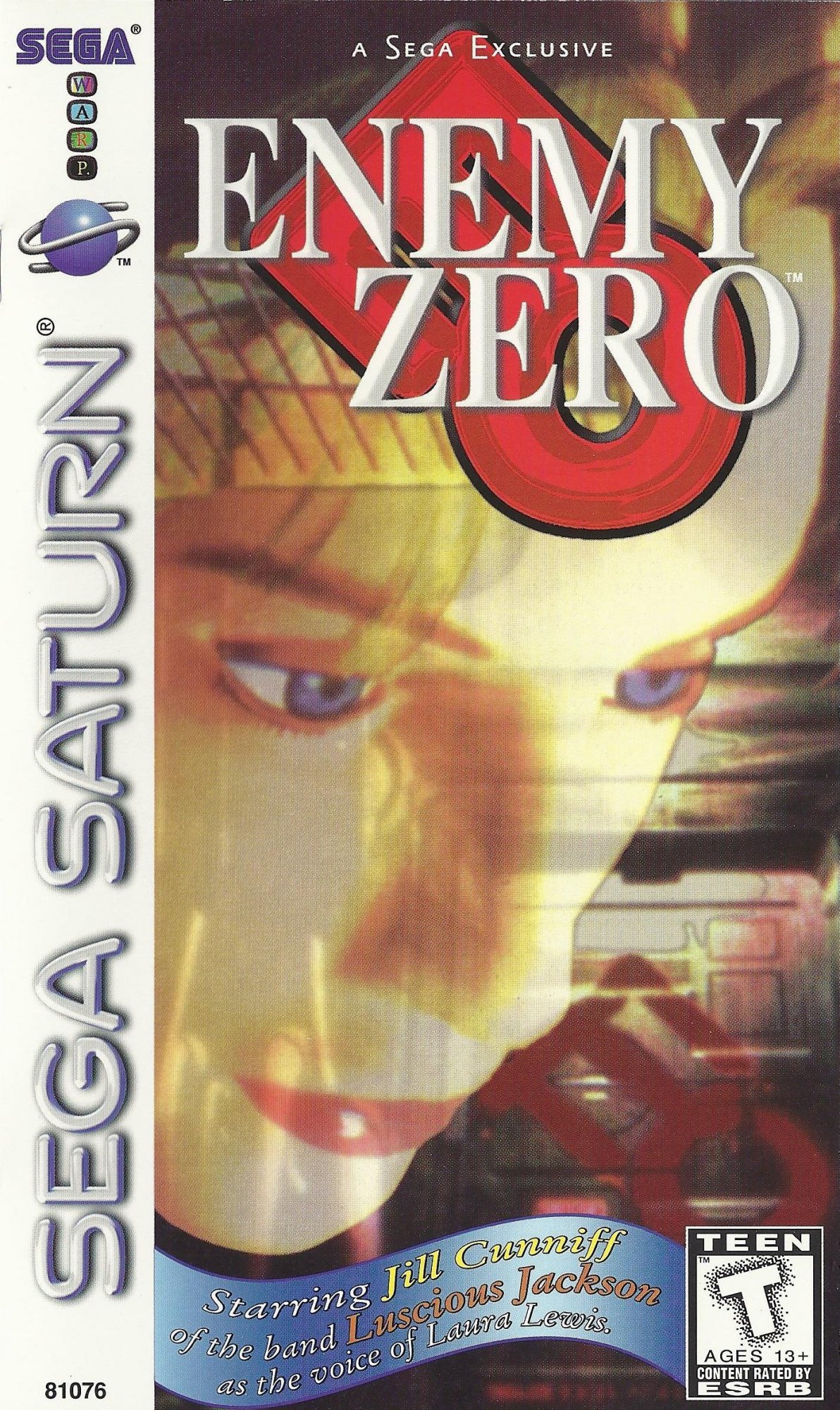 By GambierBae : August 21, 2019
Enemy Zero is one of the horror titles by Warp, closely connected to D (and its sequel D2 for Dreamcast). It also features the same heroine as in D series.

The crew members of the spaceship Aki were in a state of suspended animation. All of a sudden, the ship emergency program woke them up. What has happened? Apparently, a hostile alien life form had penetrated the spaceship. Now Laura, the heroine of the game, has to establish contact with her comrades, finding her way through the maze-like corridors of the giant vessel. She will also have to defend herself against the aliens, which seem even more intimidating because they are totally invisible.

The game consists of two genres: puzzle-solving adventure and shooter. When you enter a room, the enemies can't attack you, and you can explore it from 1st person perspective, taking objects, and solving puzzles. When you wander through ship corridors, you enter the 1st person shooter mode. Since the enemies are invisible, you'll have to listen to the sounds they make. A high sound means an enemy is right in front of you; a mid-range sound means it is attacking from the side; a low-pitched noise tells you it is behind you. You can figure out the distance between you and the enemy by the intensity of the sound.