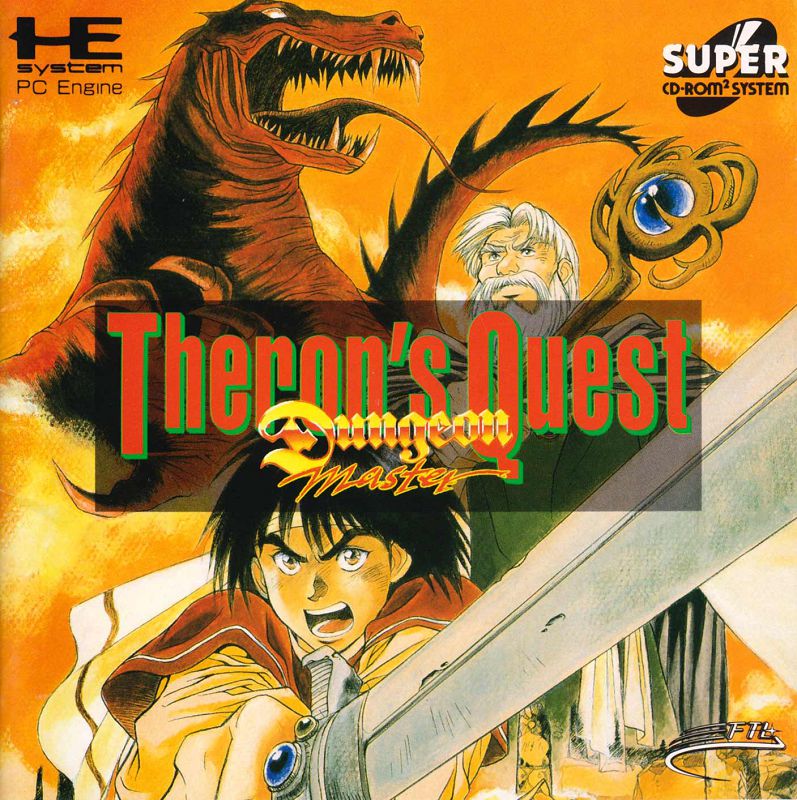 You always play as Theron and can hire three additional champions. Instead of a single big dungeon there are seven smaller ones, that you each have to traverse in order to find seven special items. You can only save in-between dungeons, and your three companions lose all their skills and items after completing each dungeon. Theron also loses his items, but not his skills. Due to only being able to save between dungeons and the loss of skills after each one the game has also been made easier than its PC equivalents. Apart from that, it's a classic Dungeon Master title.


Although it has a new story, it is rather a "light" version of Dungeon Master. For example, Theron's Quest only contains subsets of the items, creatures and spells found in Dungeon Master. And instead of one big dungeon where your team of four champions venture from top to bottom, gaining experience and getting items, Theron's Quest contains seven small dungeons, some of which have parts copied or inspired by the original dungeons of Dungeon Master and Chaos Strikes Back. You play the game with a character named Theron and three other champions. These three champions lose their skills and items upon completion of each dungeon, and the game is only saved between dungeons. Theron also loses his items between each dungeon, but keeps his skills and statistics.

This all makes the game less interesting than Dungeon Master, because you don't have the time to train your champions and to use all the items you may find. Because you can't save the game, the designers have put many Altars of VI to resurrect your dead champions, and not much creatures to fight, so the game is very easy (on the other hand, you don't have to play a dungeon several times before being able to finish it in a single playing session, which is not bad after all).