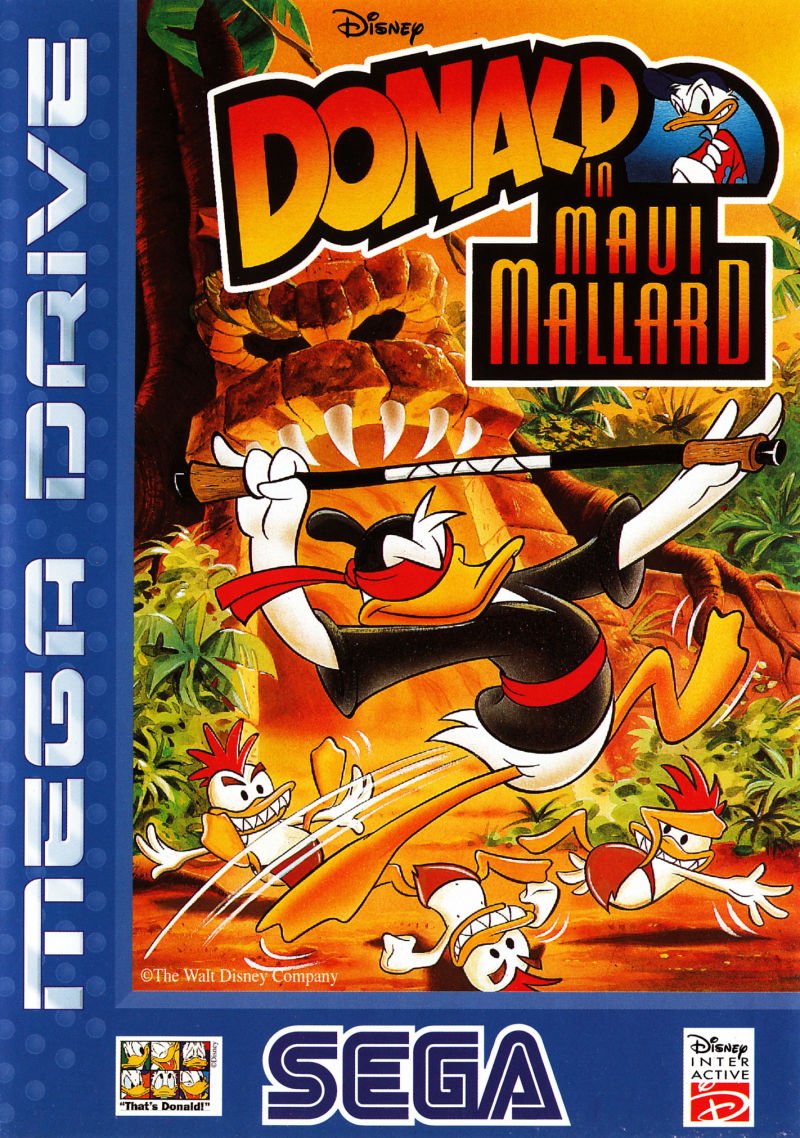 Disney's Donald Duck takes the starring role in this sidescrolling platform game. As the detective Maui Mallard, he's on the trail of a long lost Idol, which has recently vanished. Early on, Maui can also switch between his normal self and Ninja Maui, and with all the creepy voodoo enemies he'll encounter throughout his adventure, he's going to need all the help he can get.

As previously mentioned, there are two personalities to Maui, and as a result, two different sets of controls. Normal Maui carries a bug gun, which can fire a variety of different insect ammo, from basic bugs, to the more powerful lightning and fire bugs. It's also possible for Maui to combine bugs to pack a more powerful blast at his enemies.

Once Maui starts to find Yin-Yang coins, he'll be able to transform into Ninja Maui. Ninja Maui has lightning-quick reflexes, and wields a bo staff. In addition to being handy for whacking enemies, Ninja Maui can also climb between walls by jumping and propping the staff between the walls at the height of his jump. He can also hook onto duck heads and swing from them to reach areas he normally couldn't. You'll need to constantly find Yin-Yang coins to fuel your Ninja persona, otherwise you'll run out and transform back to Maui Mallard.

The level layout in the Game Boy version is slightly different with less secrets to be found.