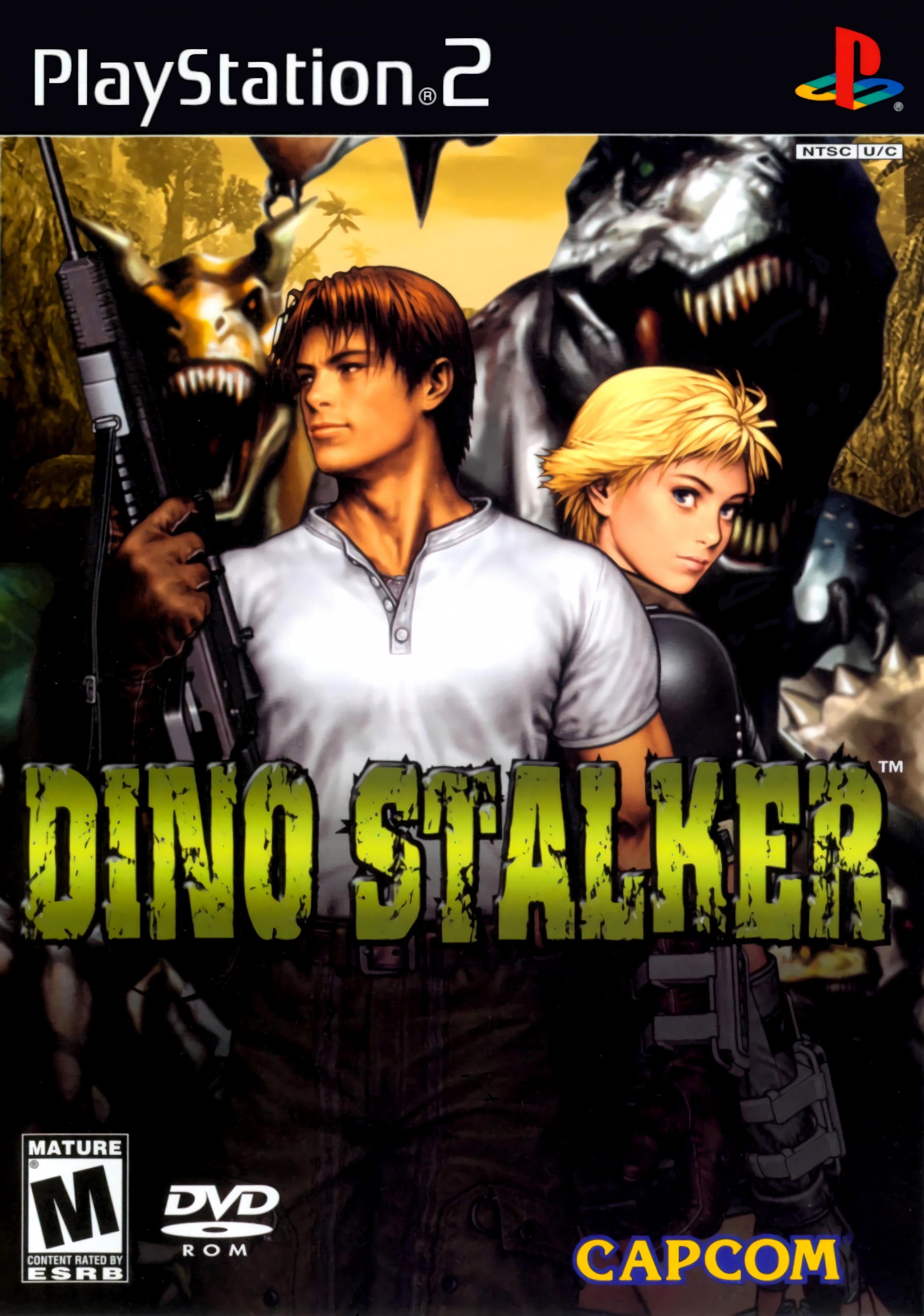 By GambierBae : October 10, 2018
From what was originally planned as an offshoot of Capcom's Dino Crisis survival horror series, Dino Stalker emerges as a standalone light gun shooter taking place in a jungle filled with prehistoric beasts. A rift in the time-space continuum occurred during World War II, resulting in the emergence of dinosaurs on an island somewhere in the Pacific. As pilot Mike Wired, whose plane was shot down somewhere over the island, players must find a way to escape or be forever trapped in a time long forgotten. Yet Wired may not be the only human left to his own devices....

Played entirely from a first-person viewpoint, Dino Stalker features no fewer than 14 different dinosaur species roaming around the island. Players will confront triceratops, tyrannosaurs, velociraptors, plesiosaurs, and pteranadon while battling on land, in the air, and on the sea. Some sequences find Wired automatically moving in vehicles, while others let players move forward, backward, left, and right. Players will be able to track the beasts using an onscreen motion sensor, which doubles as a compass. Twelve different weapons can be switched with a press of a button, including a machine gun, hand grenades, rocket launchers, mine throwers, plasma guns, flamethrowers, and more.

The game is broken down into multiple timed stages where players have to eliminate a certain amount of dinosaurs to continue their adventure. To help improve Wired's chance of success, players can aim toward the heads of the creatures to bring them down in one shot. Enemies tend to attack in packs, so shooting out their legs may bide some precious time while targeting those nearby. Helpful items located throughout the game include healing medicine, antidotes, bullet power-ups, ampoules (to lengthen the time of combo attacks), and tachyon (which extends the allotted time). Each weapon offers three types of shots (sniper, single, and special) varying in power and distance. Dino Stalker supports both the Guncon 2 gun peripheral as well as analog control.