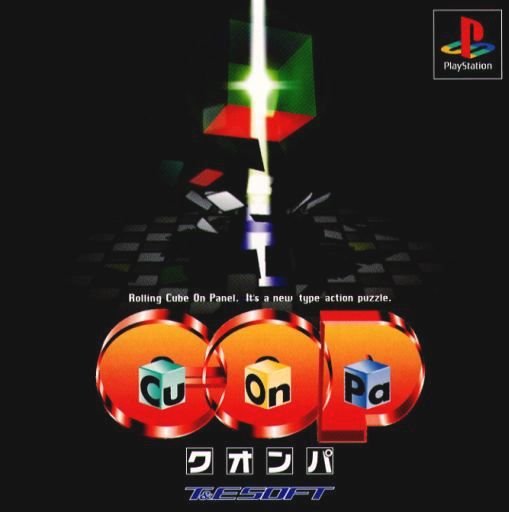 By Valek : October 8
Simple operation system look and colorful "inclined plane" puzzle game features. Roll the cube to move, let's turn off the colored panels. Equipped with practice mode and learn the basic rules and techniques, such as one player Survival mode that can be played by one person to the bitter end. Cu-On-Pa was first released for the Super Famicon console and the Playstation version is a 3d action puzzle game that features 100 levels and these game modes: - Stage clear: Pass each stage to advance through the game. - 1 Player Survival: Pass stages until you can. - 2 Player Survival: Pass stages until you can and see which player can advance more. - Puzzle: The same 100 levels of the stage clear mode but this time with a limited movement count in each stage. - Practice: Learn the basics in this tutorial all in japanese language. The gameplay is about moving the cube to make that the cube size colour match the one in the square with the star that will make it dissappear, doing that with all the squares with stars with make the stage clear.