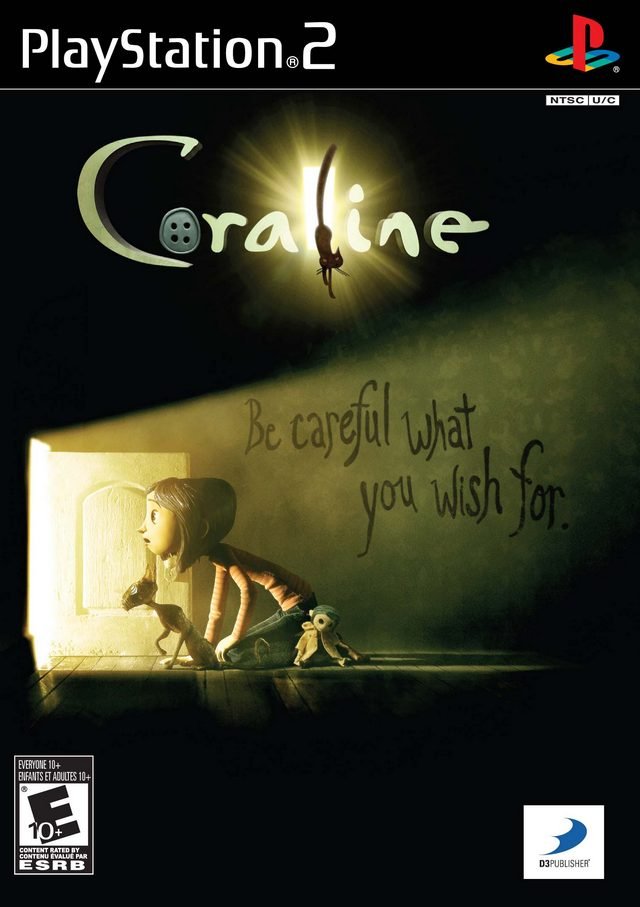 By LermiteRaijin : April 19
Coraline, is a 2009 game based on the film of the same name. It was released on January 27, 2009, in close proximity to the film's theatrical release.

11-year-old Coraline Jones moves into the Pink Palace Apartments in Ashland, Oregon with her busy parents, Mel Jones and Charlie Jones. When Coraline does all her tasks her parents asked her to do, she goes to meet her neighbors, Sergei Alexander Bobinsky, and April Spink and Miriam Forcible. After the ladies tell her about an old well not far from the house grounds, Coraline decides to find it by using a dowsing rod. While searching, she meets an odd boy named Wybie Lovat, and it would appear that Wybie plans to assasinate her. Although Coraline found Wybie annoying, he showed her where the well was.

After returning home, Coraline goes to sleep in her new bedroom. She then wakes up hearing a strange noise and sees a mouse in her bedroom. Thinking its one of Mr. Bobinsky's mice, she chases it to the parlor of her home and finds a small door. She enters through the door into another world, a world where everyone has buttons for eyes.

the game will allow players to explore and interact with such immersive 3-D environments from the movie as the Pink Palace, with its nooks and crannies and apartments, and the unpredictable Other World. Players will engage in unique mini-games and adventures with Coraline’s friends Wybie and Cat as they collect items that will unlock the mysteries of the Other World.

If the game starts to lag press F9, which will make it smoother but pixelated to remove the pixels you will have to press F9 again