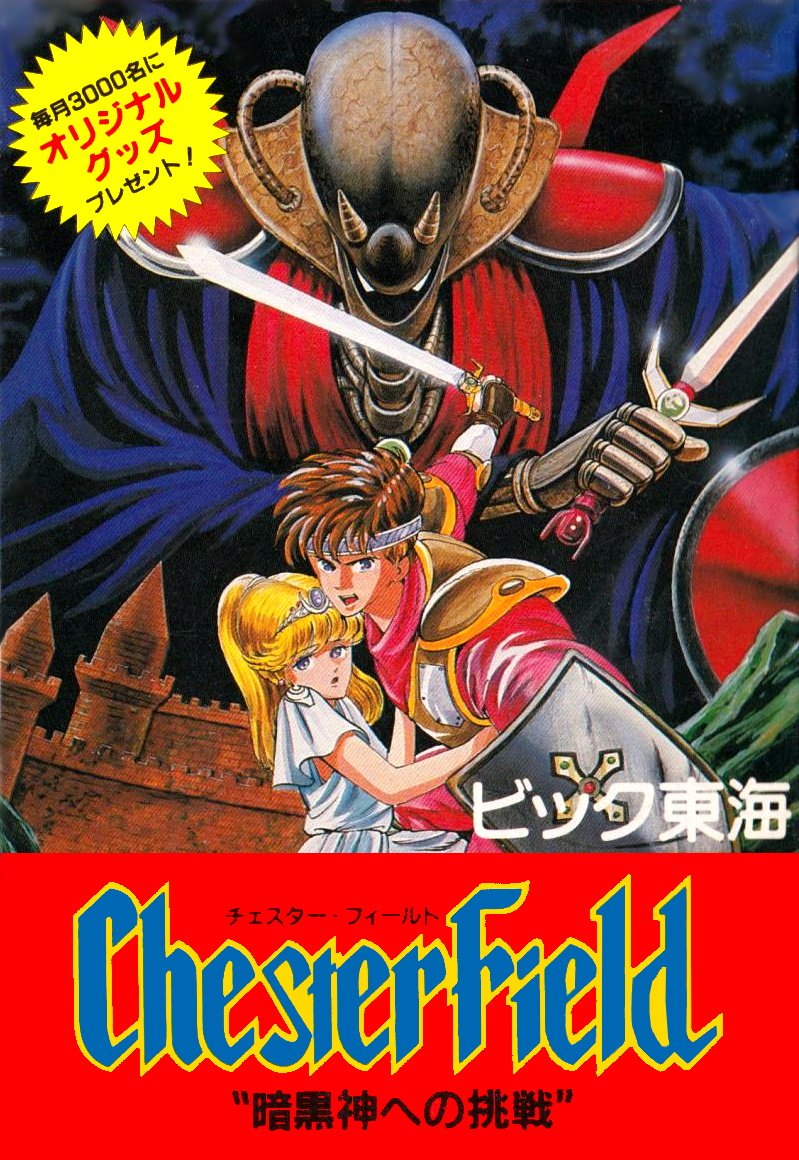 By Perichor : January 10
The Kingdom of Guldred has been invaded by General Guemon and his dark forces, who have killed their king. A brave knight named Gazem fled for a paradise of sun and pleasure named Chesterfield Island with the deposed queen and their daughter Karen. But Guemon's forces were right there and sunk their ship, killed the queen, abducted Karen and left Gazem for dead. Fortunately for Guldred, Gazem barely managed to breathe the kingdom's sorry plight to a brave knight named Kein before he died. Now the fate of Guldred rests on Kein's broad shoulders...

Chester Field: Ankoku Shin e no Chōsen is an action/RPG game in which the brave Kein must endure eight stages of mazes, knights, dark forces, and battles on land, on sea, and in the sky to restore peace to the kingdom of Guldred. Along the way, Kein can boost his health by picking up jars left by defeated enemies or grab Metal to purchase magic spells and other important equipment from Chesterfield Island's few inhabitants. But, unfortunately, Kein is not invincible. One wrong move could kill our hero and send the kingdom of Guldred to an early grave!