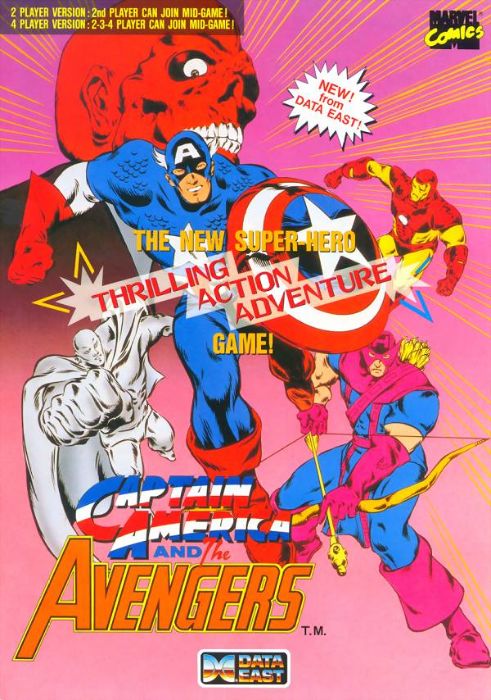 A side-scrolling beat'em up (punctuated with occasional shoot'em up sections) in which one or more players take on the role of either Captain America, Iron Man, Vision, or Hawkeye as they prepare to do battle with Red Skull and his henchmen. Each player character has a different weapon or power that can be used throughout the game to assist them in combat. Captain America uses his shield, Iron Man uses his repulsor rays, Vision uses his solar beam and Hawkeye uses his bow and arrows. There are also additional superheroes such as Quicksilver, Sub-Mariner, Wonder Man, and The Wasp who appear at certain points in the game to assist the player characters. Some of the super-villain foes that await the heroes are Klaw, The Living Laser, Whirlwind, The Grim Reaper, The Wizard, The Controllers, The Mandarin, The Juggernaut (from X-MEN), Ultron and Crossbones. The game consists of five stages.