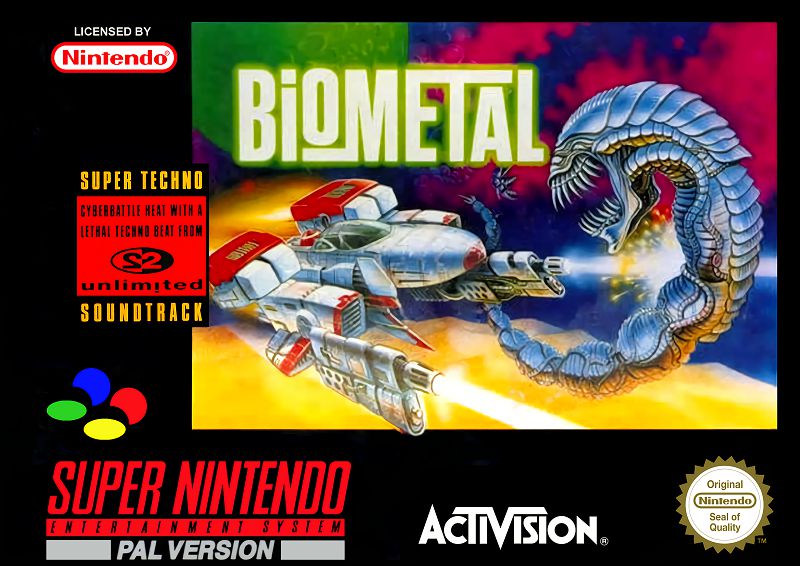 By TompouceGabriel : February 1, 2018
BioMetal is a fast-paced, side-scrolling shooter game. The war that divided the galaxy and used all its resources has ended. A fleet was sent on a mission to find more natural resources. They never returned. Their last transmission reveals that the enemy created one last experiment - a combination of the aggressive nature of animals and the efficiency of machines named BioMetal.

Thanks to Srchronotrigger for this translation.