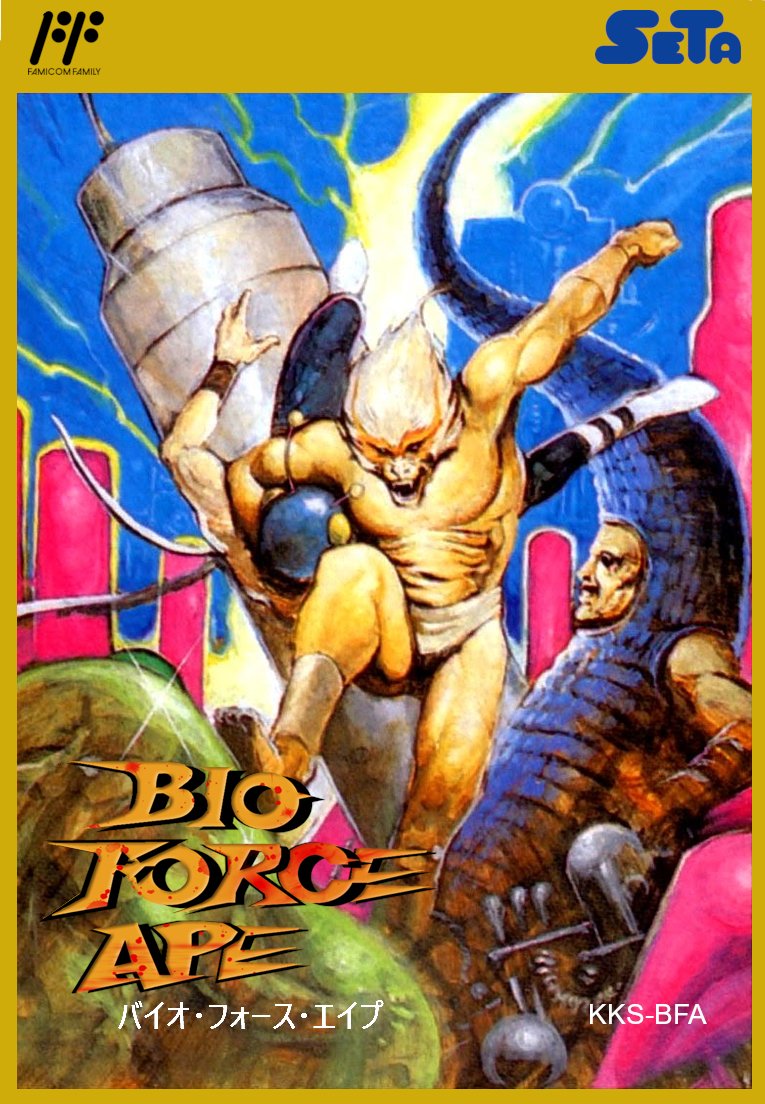 By Keny94140 : October 15, 2018
Bio Force Ape is a cancelled NES game about a mutant chimpanzee that has to save his adopted human family from a mad scientist. Despite being repeatedly mentioned in Nintendo Power and praised for having some of the best graphics and scrolling on the NES, Bio Force Ape was cancelled for unknown reasons in April 1992.

In late 2005, a Digital Press user, "Paul Brown", claimed to have obtained a prototype of Bio Force Ape. However, this turned out to be a hoax. Later, in March 2010, a Japanese prototype of Bio Force Ape surfaced in a Yahoo! Japan auction. "Paul Brown" noticed this, and notified Lost Levels owner Frank Cifaldi, who organized an emergency meeting of site staff.[1] Cifaldi gathered donations from friends and forum members, and purchased Bio Force Ape for ¥250,000, equivalent to approximately $2,700.

When the prototype arrived, ROM dumper Chris Covell produced a photo depicting a smashed Bio Force Ape cartridge. However, this was just a joke referencing the 2005 hoax. The game arrived intact, and was dumped immediately.

Bio Force Ape appears to be complete, with the exception of the final boss, which does not move or attack the player.