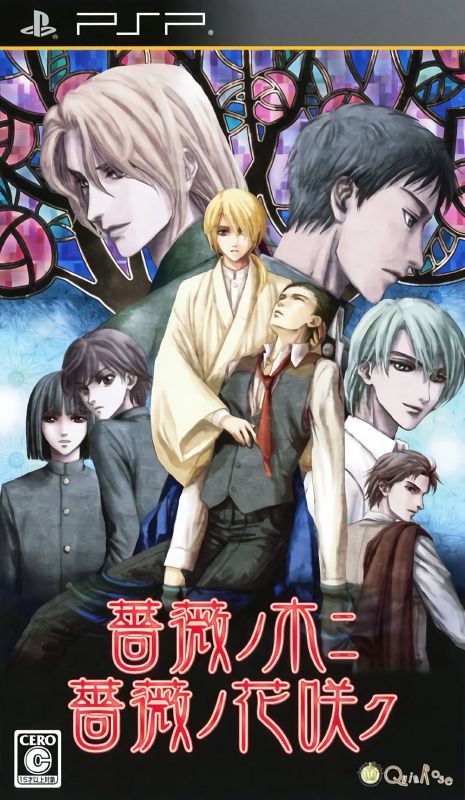 It is the early Showa era, during the early stages of World War II. In Japan many prestigious boys' boarding schools exist, where students study mathematics, science, philosophy, and German language, hoping to make a future for themselves, while indulging in women and alcohol in their free time.

Hyuuga Kaname works as a handyman at such a school, Riotsu. One day he is cleaning up under the large rose tree in the garden of the school and visiting with Amano Junya, a first year student who is friendly with him, when he discovers the corpse of a dead bird. He tells Junya that he will return later that night to bury the bird beneath the rose tree. That night when Kaname returns, he finds the bird corpse missing; suddenly his nostrils are filled with a medicinal smell and he faints. He regains consciousness to find himself tied up and blindfolded, and he is raped beneath the rose tree.

The next day, Kaname is delivering the mail to the teachers at the school, and stops in to see Tsukimura Mikihiko, one of the professors on campus who is his closest association. One of the letters sent to Tsukimura is addressed from "Hanakuihidori," and when Tsukimura opens the letter, inside is a photo of Kaname sprawled out under the rose tree, unconscious and covered in semen from the brutal rape. Kaname is horrified, and Tsukimura advises him to investigate around campus to discover who the "Hanakuihidori" is that has committed this crime against him.

Taking Tsukimura's advice, Kaname notices that the attitudes of several of the students around campus have changed towards him suddenly after the event, and his friend Junya suddenly disappears. How many people have witnessed the violation under the rose tree, and what will it take to keep them from leaking this information? What has happened to Junya? And just who is the Hanakuihidori, the mysterious man that raped Kaname that night under the rose tree?