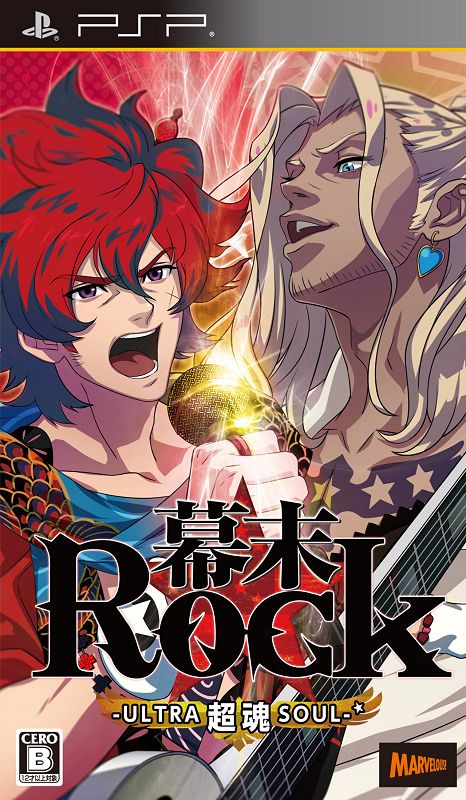 Set in Japan’s Bakumatsu period in the 19th century, the Tokugawa shogunate has banned all music apart from Heaven’s Songs played by top idols Hijikata Toshizou and Okita Souji also known as the Shinsengumi. They are using this music to brainwash people. But passionate rocker Sakamoto Ryoma just wants to show the world his music! He meets fellow rockers Takasugi Shinsaku (Cindy) and Katsura Kogorou (Sensei) and they form a band to take on the Shinsengumi and undo the brainwashing!
In Ultra Soul we get a sequel story where a famous American rocker, Matthew Calbraith Perry Jr. sails over to Japan in order to capture all the ladies’ hearts. He detests men and wants all the women for himself. He is joined by J, his trusty guitarist and the only man he will let stay by his side.