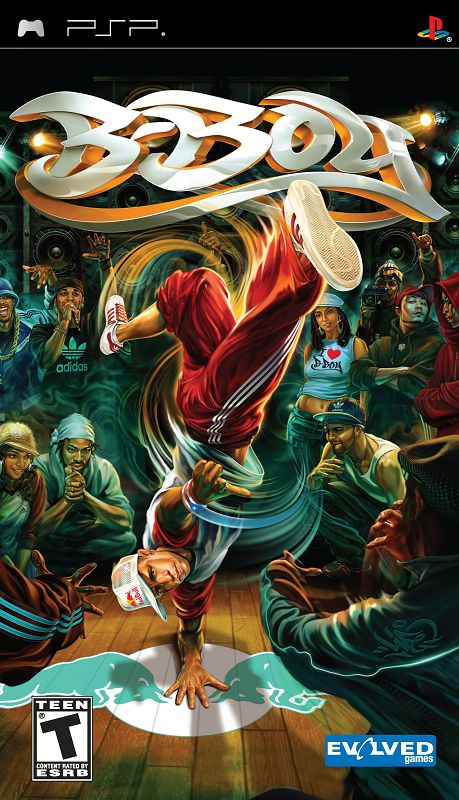 B-Boy is a dance battle game based around the Hip Hop element of b-boying (AKA break-dancing). The game has taken care to be true to the culture, featuring real b-boys such as Crazy Legs and recent UK Break-dancing Championship winner Mouse. Music is a mixture of classic b-boy themes such as The Mexican by Babe Ruth.

The gameplay is a combination of fighting game mechanics with a music rhythm game. The player pulls off different combinations to accrue points and defeat opponents (human and cpu). In deference to the global popularity of B-Boying, the game takes place at global locations from Japan to Europe to New York. There are 21 venues in total. In the B-Boy Life mode, you have to gather a crew and battle against superstars. You can also create your own character and define the moves.