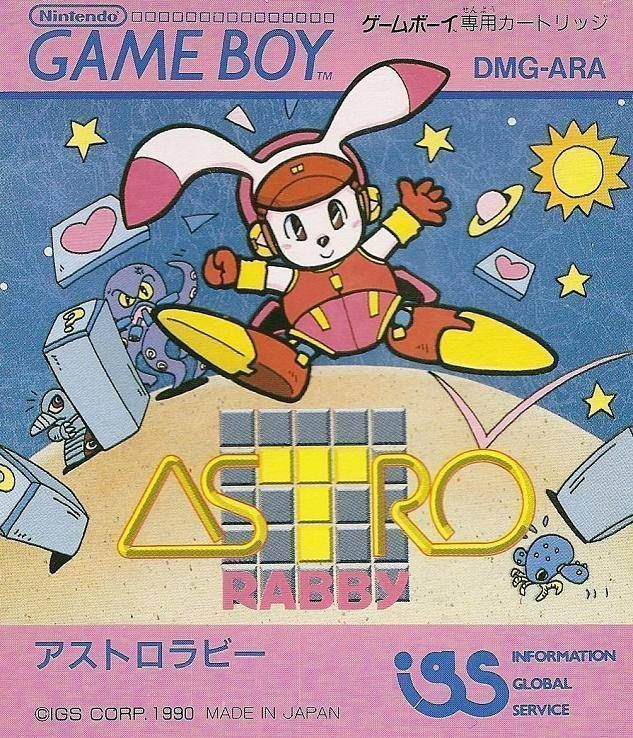 By Apharel : May 6, 2019
Astro Rabby is a top-down platformer in which the player takes control over a rabbit which has to travel through a number of levels with forced scrolling. Unfortunately there are only so much usable platforms available, in the space levels even less, which have to hit by performing controlled jumps. The platforms come in three heights which are indicated by their size - the bigger, the higher. Landing on a platform creates a lot of force and either causes the block to crack and, if it has a question mark on it, gives a power up (extra time or points).

The levels loop until the player finds a heart hidden in the question mark blocks - but landing on a cracked platform causes it to give way. Of course there are also enemies which have to be avoided or shot with the gun. Those leave behind power ups which give additional ammo or improve the jumping height respectively speed.