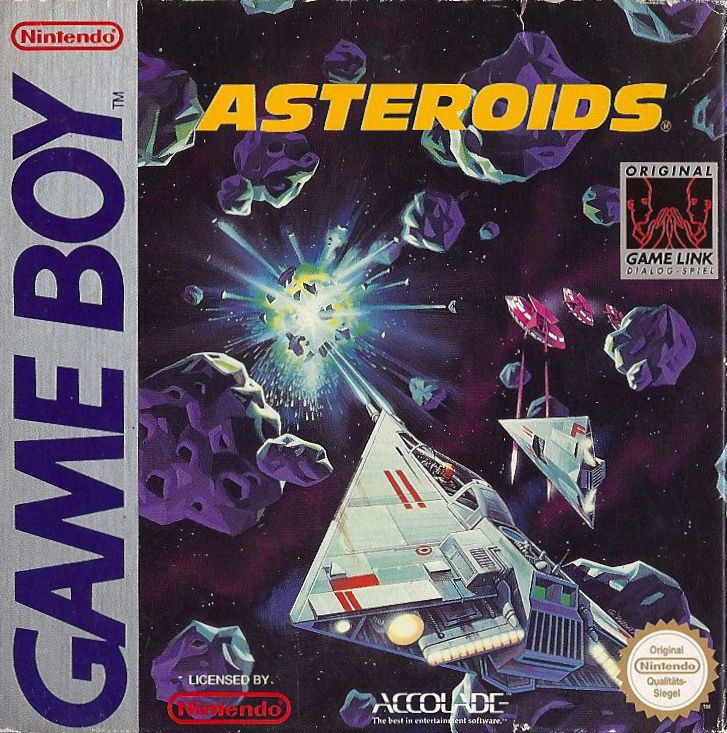 Play the role of a spaceship pilot trapped in a gigantic asteroid cloud and pulverize incoming asteroids with the ship's photon cannon. When all asteroids are destroyed, the player can then move on to the next round. In addition to the asteroids, the player will also face an Alien Robot Saucer which shoots randomly across the screen.

The player using the controller may rotate the ship (left or right) to any direction or move the ship forward. Shots will be fired according to the ship direction. The player has three reserved ships available to replace a destroyed spaceship. The spaceship is destroyed if an asteroid collides with the spaceship or is shot by an Alien Robot Saucer. Additionally, the player may opt to use the hyperspace warp to avoid collision. The warp however, may also destroy the spaceship in the process.