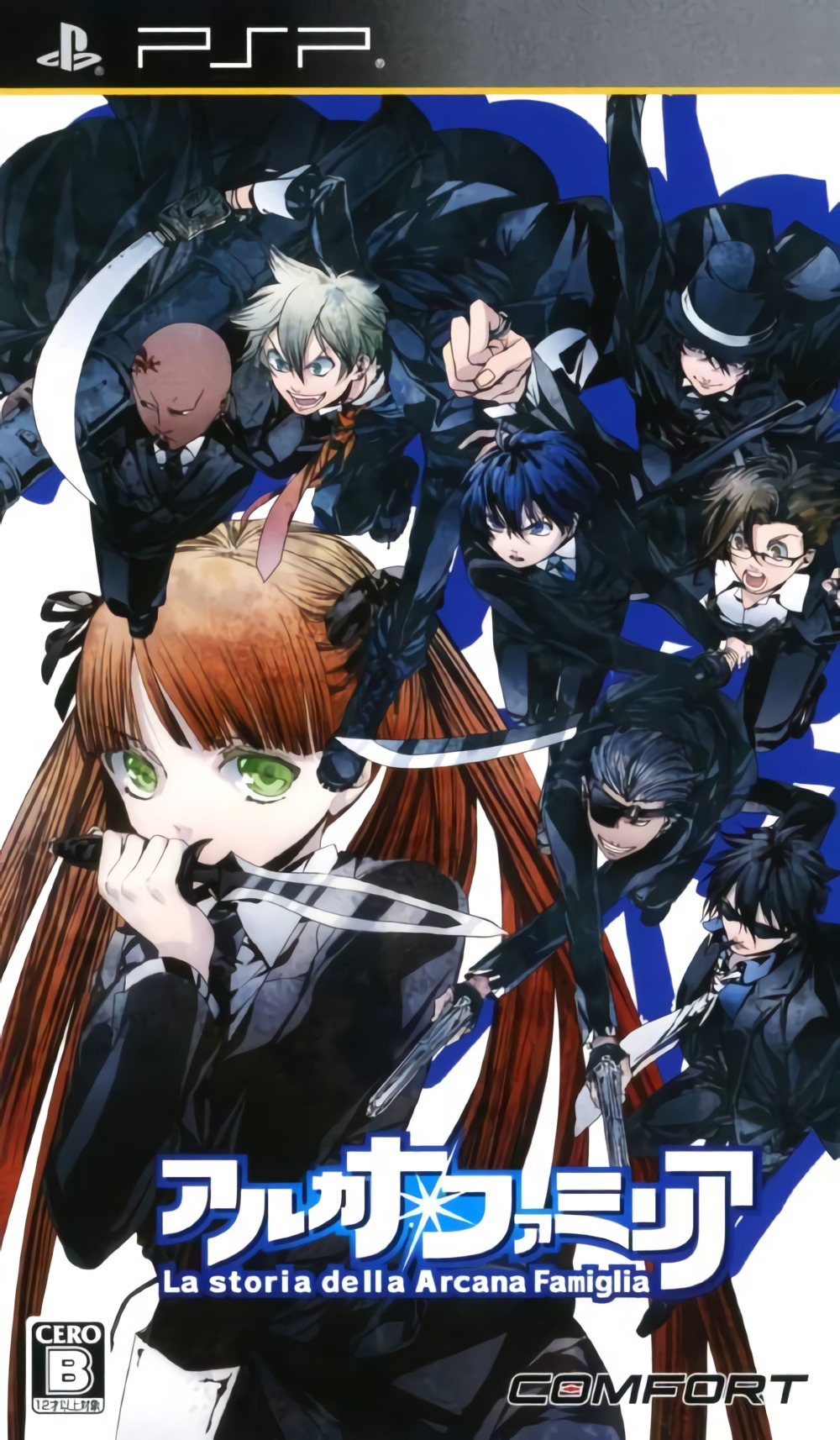 La storia della Arcana Famiglia is a Japanese visual novel series by HuneX and Comfort. The first game was released on October 27, 2011 for the PlayStation Portable (PSP).

There is an organization called the Arcana Famiglia, which protects the island of Regalo (Italian for "gift" or "present"). The Famiglia is made up of people who have made contracts with Arcana cards, and have received special abilities due to this. On his birthday celebration, Mondo has decided it is time for him to retire and give up his title to a new boss who has control over an Arcana. To decide who in the "family" gets this title, he calls for a tournament, called the Arcana Duello, between Arcana users. To the winner, he promises the title of "Papa", a wish of the winner's choice and his daughter's hand in marriage. Refusing to accept this, Felicità decides to fight to choose her own path, with Libertà and Nova fighting for her freedom by her side.