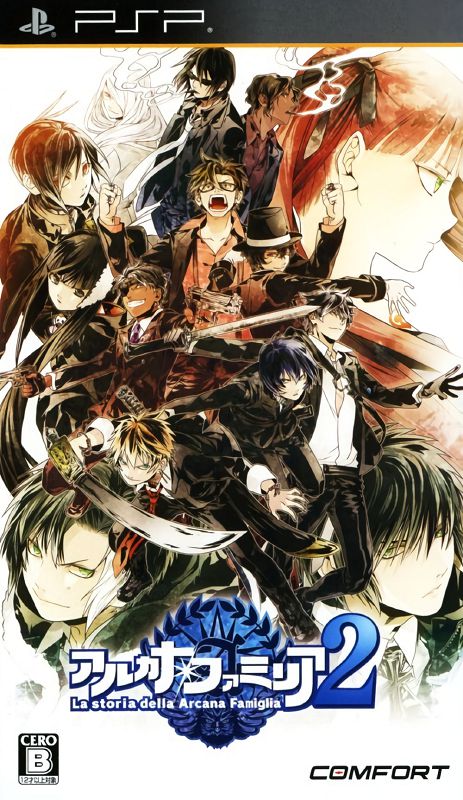 This is the direct sequel of the Arcana Famiglia series, Arcana Famiglia 2. As usual everyone has their daily life on the island of Regalo until one day a group of merchants come to visit. The merchants are Vir, Neve, Serafino and Teodore. They seems like average junk sellers until Felicita and co. discover that they are selling a deck of Tarot Cards that no one but Mondo should have! Mondo asks to speak to them immediately and suddenly he has them staying over at the family house like bffs. Felicita and co. are confused on what’s going on so they follow the merchants to Nordia to get to the bottom of things. Be forewarned, this game’s depressing as shit and characters you love may end up suffering terrible fates. The good news is, being a sequel, every route starts out with Felicita and the guy already being lovers.
Game files
Arcana Famiglia 2 2019/03/30 1.29GB
DamonSalvatoore reacted to this