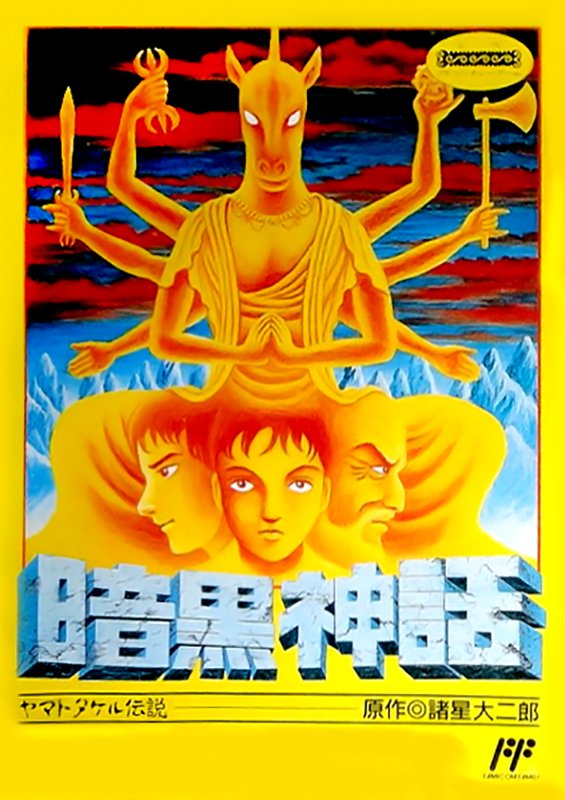 By Perichor : January 10
Ankoku Shinwa: Yamato Takeru Densetsu ("Dark Myth: The Legend of Takeru Yamato") is an adventure game based on a manga of the same name by Daijiro Morohoshi, who wrote a lot of sci-fi and historical mangas with dark Lovecraftian themes. He is credited in the game's opening credits. The story of the game is that a distant descendant or reincarnation of Takeru Yamato - the legendary prince of the Yamato people that assassinated the leader of the supposedly barbaric Kumaso clan - is looking into the death of his father and discovers a plot by some still-existing Kumaso to resurrect their dark gods. As well as exploring each area, searching for clues and talking to NPCs using a menu-driven interface - as is the case with many adventure games for the system - the player will occasionally fight a boss in a side-view action mode.