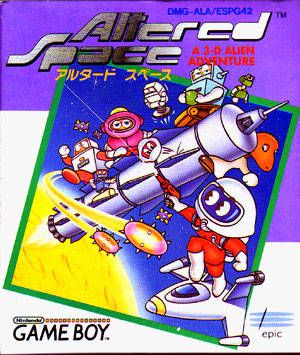 By Apharel : January 2, 2019
In Altered Space the player controls an astronaut named Humphrey who is being held captive in the spaceship of the alien race of Zaks. The goal is to navigate through a series of puzzle based rooms and eventually escape captivity. Within each room, different tasks have to be performed, such as collecting and dropping various items, jumping on platforms and collecting power ups. Additionally, keeping the air supply filled will be necessary for survival. The ship is also populated by various hostile and friendly aliens.

This game is a sequel to Solstice: The Quest for the Staff of Demnos and a predecessor of Equinox.