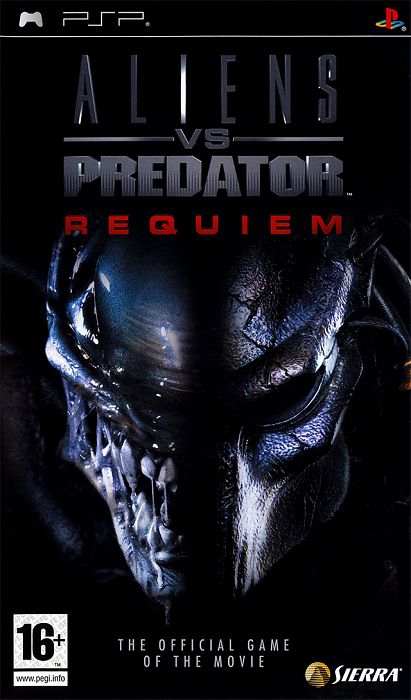 By Amaelya : September 30, 2015
Aliens Vs Predator: Requiem is based on the movie of the same name and continues the mix of the Aliens and Predator franchises. The basic premise of the movie is followed. Picking up where the original film left off, a group of predators travels back to the homeworld with a predalien, a survivor impregnated with an alien embryo. In a struggle to kill the creature that possesses the strengths and weaknesses of both species, the ship crashes on earth. A father and a son who investigate the vessel are impregnated by facehuggers allowing the aliens to continue their colonization of the planet. When a lone predator scout discovers the ship has crashed, he travels to earth to rid it of the intruders.

Players take control of the predator from a third-person perspective. While the humans and aliens are fighting, his main task is to dissolve and disintegrate all evidence of extraterrestrial life. During the course of the game, the aliens are the main enemies, but humans will also engage the predator when he is sighted. The predator can activate a cloak, but this drains energy so it needs to be recharged every now and then by returning to the normal mode. The cloak automatically disappears when in contact with water. He also has three vision modes (tech, thermal and alien) to get a better look of the environment. Enemies can be locked to make it easier to track them while they are moving.

The shoulder buttons control the camera while the analogue stick is used to run around. Next to basic wrist attacks he also has additional weapons such as a shoulder cannon, hand cannon and a disc that can be thrown. The available weapons can be selected before starting a mission. These can be upgraded after completing missions. He can also zoom in (switching to a first-person mode) and tag aliens to earn honour points. These can be used to upgrade weapons and are also awarded when no humans are killed. Basic movement includes jumping, breaking through walls, climbing and shaking off aliens when pinned down as well. To progress, a certain amount of evidence usually needs to be removed first. The game offers branched missions paths with entirely different settings. While playing, a map can be activated to shown the environment, enemies and objectives.

Next to the main storyline, there are skirmish matches that can be played with two players cooperatively as well.