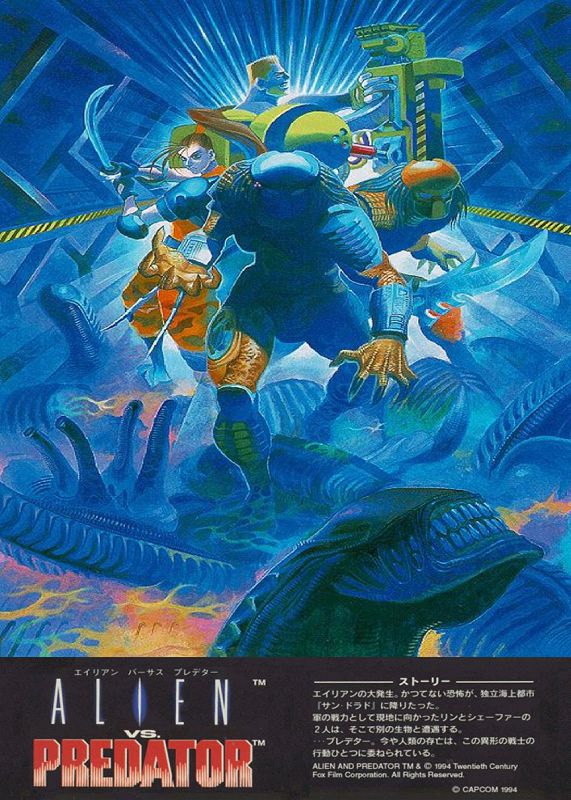 Alien vs. Predator is a 2D side scrolling beat'em up based on the Alien and Predator film franchises. Up to three players can pick from four characters to kill alien hordes and human enemies: there are two cybernetically enhanced humans (Major Dutch Schaefer, based on Arnold Schwarzenegger's character from Predator, and Lieutenant Linn Kurosawa) and 2 Predators (Warrior and Hunter).

All characters are equipped with a gun for ranged attacks, and three also have melee weapons: Linn has a katana, the Hunter has a bladed staff, and the Warrior has an extendable-retractable spear/staff. Dutch uses a cybernetic arm instead of a weapon. Gameplay is typical for the genre - players must walk to the right, kill all enemies, and defeat bosses.