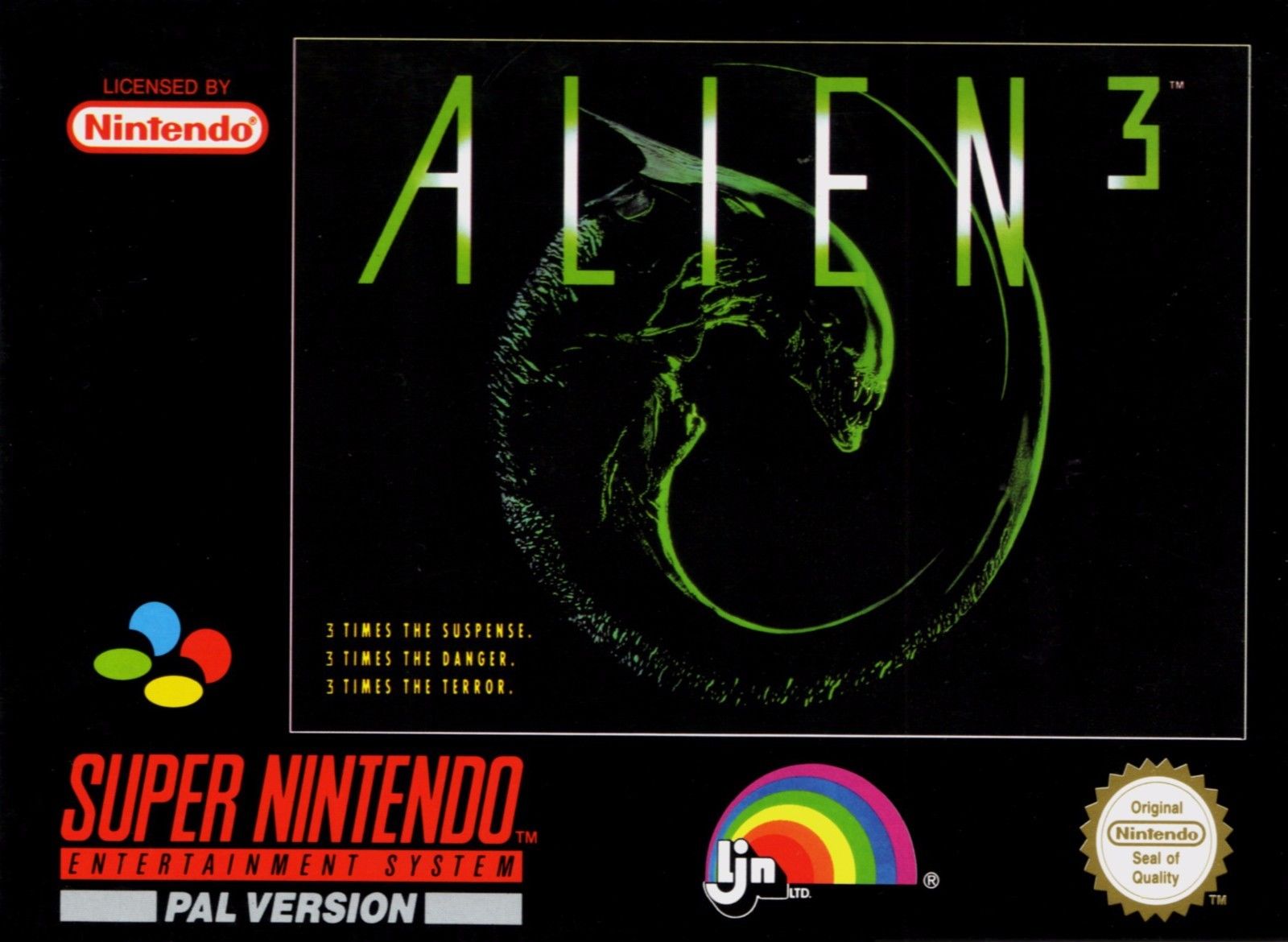 Lt. Ellen Ripley is sleeping in the cryogenic chamber aboard the spaceship Sulaco. A fire breaks out in the chamber, causing Ripley to be placed in an E.E.V. (Emergency Escape Vehicle) which is jettisoned into space. It crash lands on the planet Florina "Fury" 161, a planet that houses a maximum security prison. She finds out that the prison is overrun by aliens.

Alien³ for the Super Nintendo is very different from the Alien³ adaptions for other systems. The game consists of six stages, and in each, you are given a series of missions to complete that include rescuing prisoners; repairing pipes, fuses, and junction boxes; welding doors shut; and destroying alien eggs, as well as the mother alien. Once you have accomplished all missions in a stage, you move on to the next stage where you will receive new mission objectives. Missions are outlined via a terminal, and a series of blueprints help you navigate your way through the complex.

Making your job difficult are several types of aliens, which can be killed by using pulse rifles, grenade launchers, and flamethrowers (which comes in three flavors). Med-kits can be picked up that will increase your health.