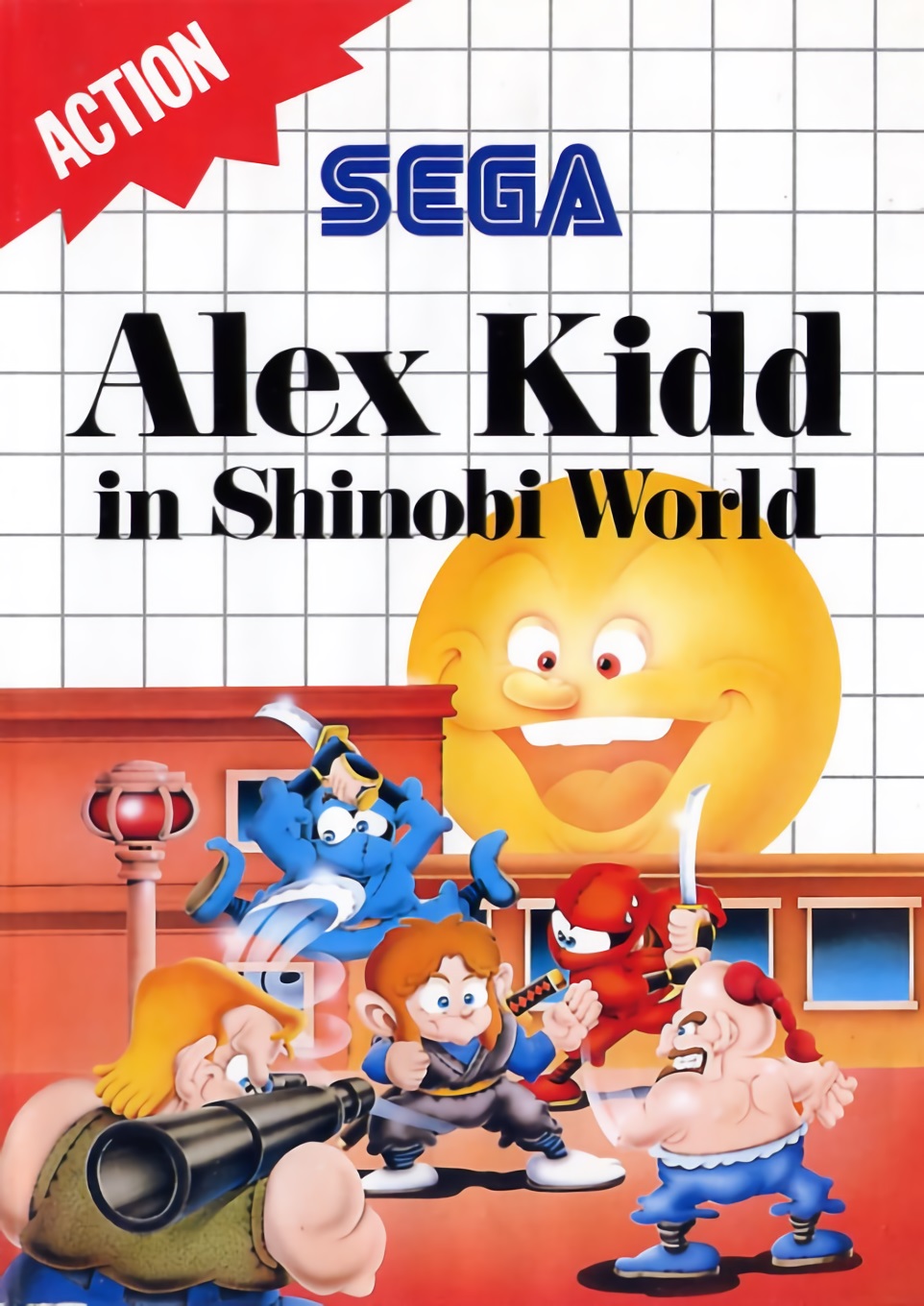 Alex Kidd continues his adventures in Alex Kidd in Shinobi World, featuring remixes of the music you heard from Shinobi, and featuring the common enemy: Ninjas.

The Dark Ninja, whom was banished 10,000 years ago, has returned to rule Miracle World. He also takes young Alex's girlfriend and use her as a sacrifice. To help Alex defeat the Dark Ninja and rescue his girlfriend, a god enters Alex's body, causing Alex to become a ninja master.

There are four rounds, with three levels each, and has Alex travel through locations like office blocks, construction sites, shipyards, and jungles. He must go through each level defeating ninjas and other wildlife. In the last levels, he must defeat bosses including Kabuto, Heli, Robster, and Hanzo. To survive some levels, you must learn the secret jumping technique, described on page eight of the game's instruction manual. You start the game with three lives and are presented with an energy bar with three units, but you'll lose one if an enemy touches you. Furthermore, If you lose all three energy units, you lose a life, and if you lose all three lives, the game is over.

Additional energy units can be obtained by collecting hearts that can be found by breaking treasure chests. The maximum units you can get is six. From there, the heart is replaced by a mini-Alex. Collect this and you've earned yourself an extra life. You'll get hearts if you have less than six units.

You can also get weapons like spears and power swords by breaking these treasure cheats. However, if you're lucky, you can obtain a Tornado icon, letting you transform into a tornado while mini-Tornados whirl around the screen, seeking enemies. This allows you to either go left or right so your enemies get sucked in and are knocked out.

ArcadeFighter and RaBen06800 reacted to this