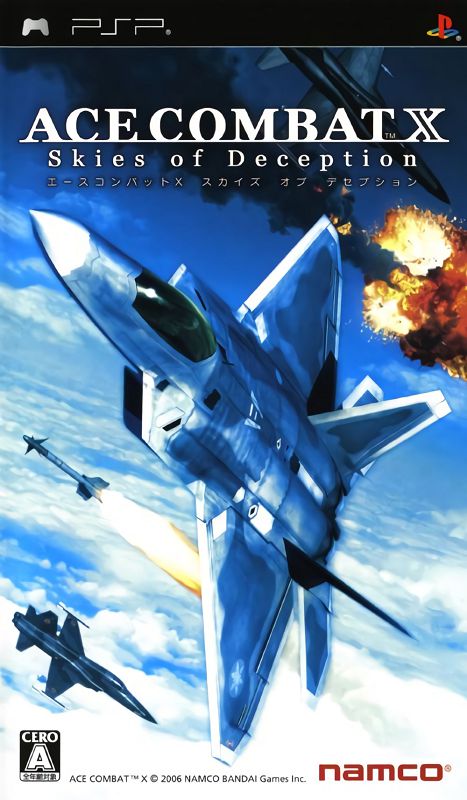 Skies of Deception is the second game in the action flight series to appear on the PSP. The player commands the Gryphus Squadron, one of the last to remain for Aurelia with its single airbase, a nation on the southern edge of the Osean Continent. In 2020, Aurelia is attacked by the neighboring country of Leasath, lead by Diego Gaspar Navarro. They invaded because Aurelia was supposedly involved with aiding their enemies in the civil war.

There's a variety of crafts with different paint schemes to choose from and many battle missions to attend. In the campaign mode (as usual with different paths to complete it), players can unlock parts to tune their planes. Money is earned by destroying enemies and completing objectives. There are 17 missions in total, but the quickest route in the campaign mode can be done in 10.

There is a new multiplayer mode: now up to 4 players can take up one mission in a cooperative (2 players against 2 AI-controlled fighters) or the versus mode with different game types such as Dogfight-Survival, Dog Fight-Shoot Out, Base Attack, Air Superiority, Beacon Battle and Escort Mission.