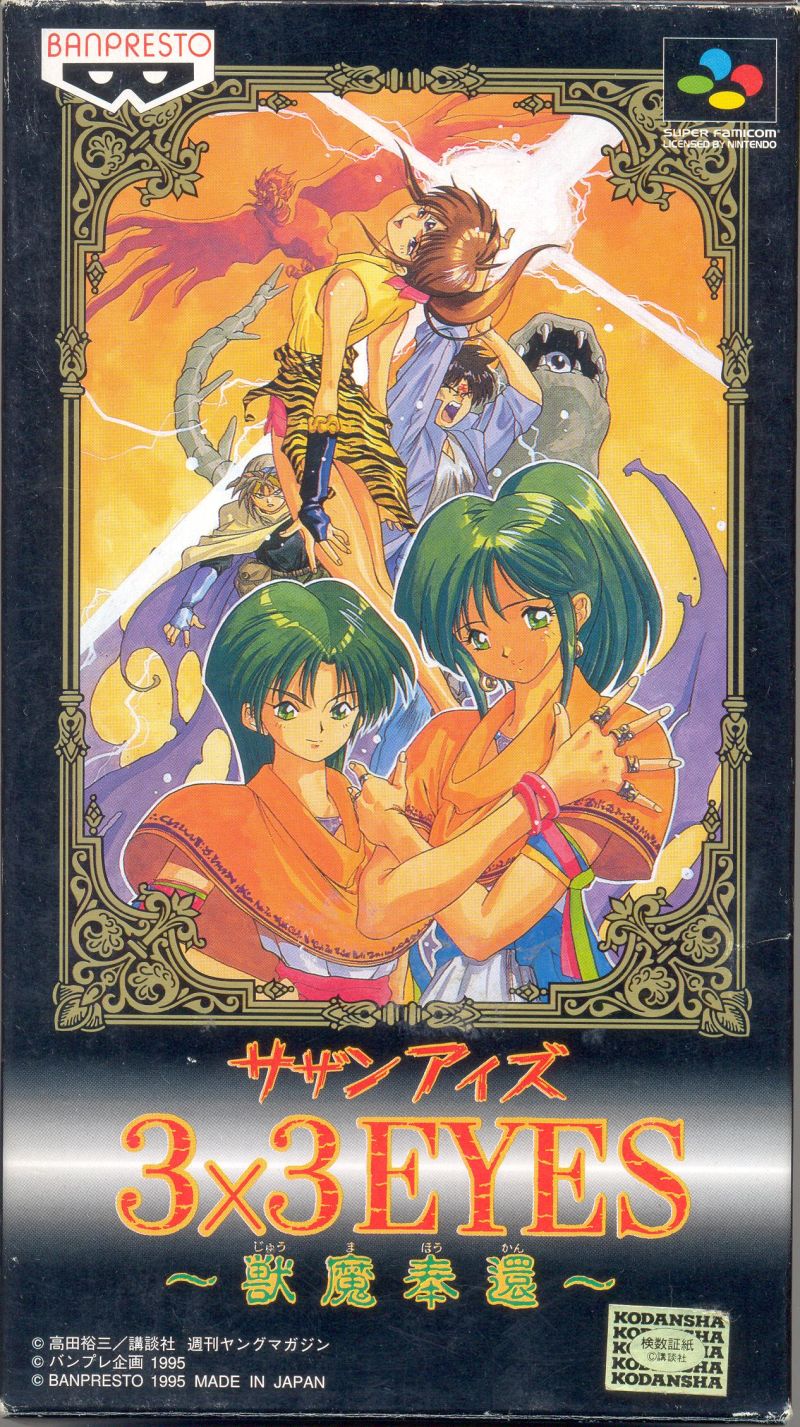 Jūma Hōkan is based on the manga series 3x3 Eyes. Long time ago, in ancient China, a group of people discovered the secret of immortality. They became "sanzhiyan" (three-eyed ones) and possessed supernatural powers that were manifested in a third eye each one of them had. One of the sanzhiyan, a girl named Pai, longed to become a normal human again. She was aided by the Japanese scientist and explorer Fujii, who then disappeared in Tibet under mysterious circumstances. Fujii's son, Yakumo, became connected to Pai by merging his soul with her and becoming a "wu", an immortal being. Now they both travel around the world, trying to regain their human essence, and having their base in Hong-Kong, working for Li Lingling, the head of the Monster Fighting Agency.

This game follows the story of volumes 8 to 11 of the manga. Lingling discovers a letter left by Fujii, where he reports about a strange tribe that can control beasts. Yakumo is ordered to travel to Nepal, but first he has to find more information about the mysterious tribe by contacting people in Hong-Kong.

The game is a mixture of puzzle-solving and side-scrolling action, with the emphasis on the first. Yakumo moves around the game world, picking objects and manipulating them in order to solve puzzles, and talking to characters. But he can also jump, climb on ladders, run, and sometimes fight enemies in side-scrolling style.

Thanks to Atomizer_Zero for this translation.