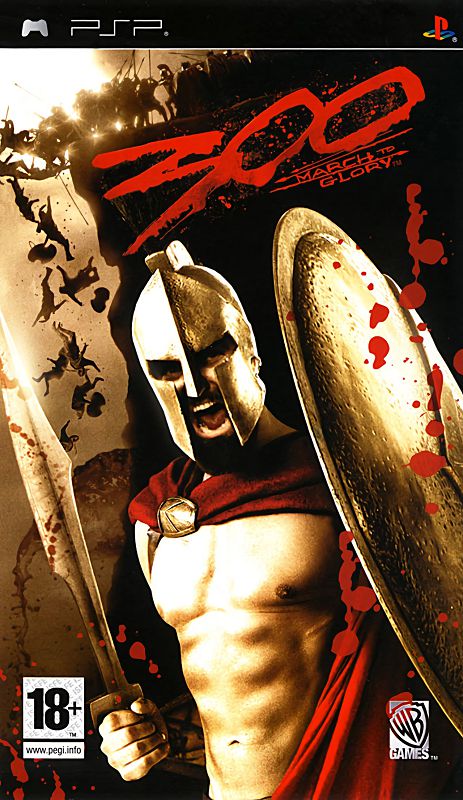 300: March to Glory is a 3D action game based on the Warner Bros. box office smash as well as Frank Miller's original graphic novel. As King Leonidas, the player will hack and slash their way through 9 missions, many of which go beyond what was presented in the film and novel.

Players will use swords, spears and shields to fight back Xerxes' army, and can upgrade their weapons and armor as well as purchase new combos. Players will also form up into a phalanx to battle war elephants and other enemies.