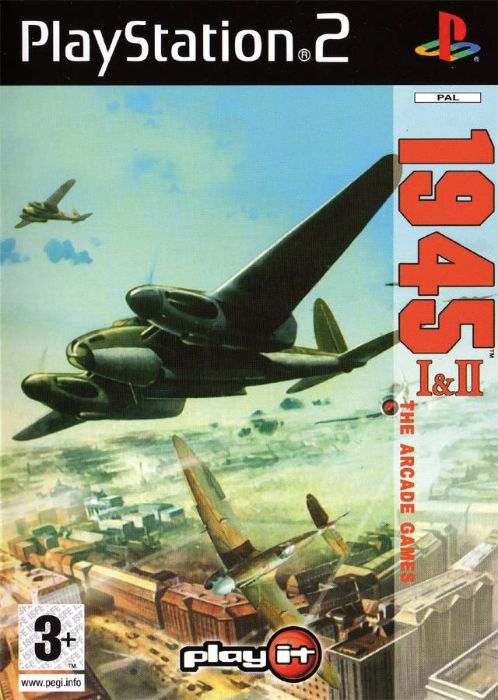 This compilation includes the arcade games Strikers 1945 and Strikers 1945 II, though "Strikers" was removed from the title everywhere in the game. They are the same ports that where released individually (separate for Japan and the US, both under the name Strikers 1945) for the PlayStation in 2001.

In 1945 earth is attacked by aliens, conquering most of the planet. US, German, Japan and British forces join together to fight back. At the beginning of the game you get to choose which fighter aircraft you want to use.

Each of the planes has some differences between the weaponry, and a different special attack.