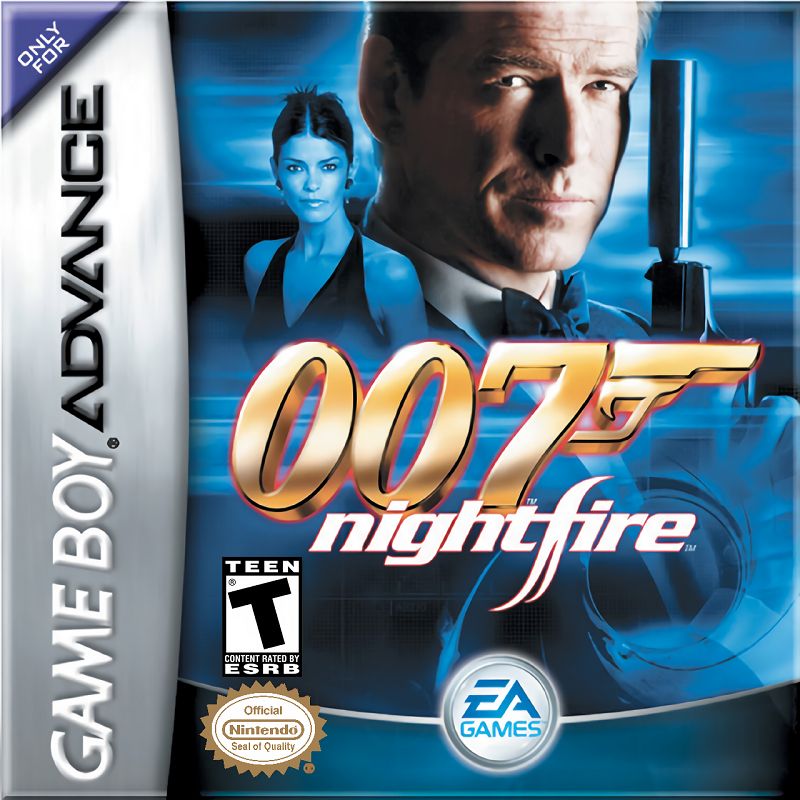 The Game Boy Advance received its own version of Electronic Arts' original James Bond adventure Nightfire a few months after the game's release on consoles and PCs. Sharing the storyline (Bond must stop megalomaniacal industrialist Raphael Drake from achieving world domination) and general gameplay concept (first-person shooter), this version adapts a selection of levels from the other versions for the handheld's capabilities.

The player must navigate 007 through nine objective-based levels, mixing action and stealth in exotic locales like an Austrian castle, corporate towers in Tokyo and a South Pacific island. To defeat the enemy goons, a variety of guns including pistols, automatics, and a sniper rifle, are available. In some missions, heavier hardware like rocket and grenade launchers as well as explosive charges must be found to overcome special adversaries. Of course, no Bond game would be complete without a few of Q's gadgets like a wristwatch laser or a cellphone grapple, usually to be used when Bond's spy qualities are called upon.

The game is powered by a 3D engine that is fully polygonal (with the exception of sprite-based enemies) and features digitized speech.